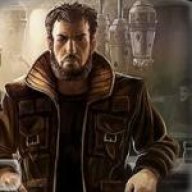 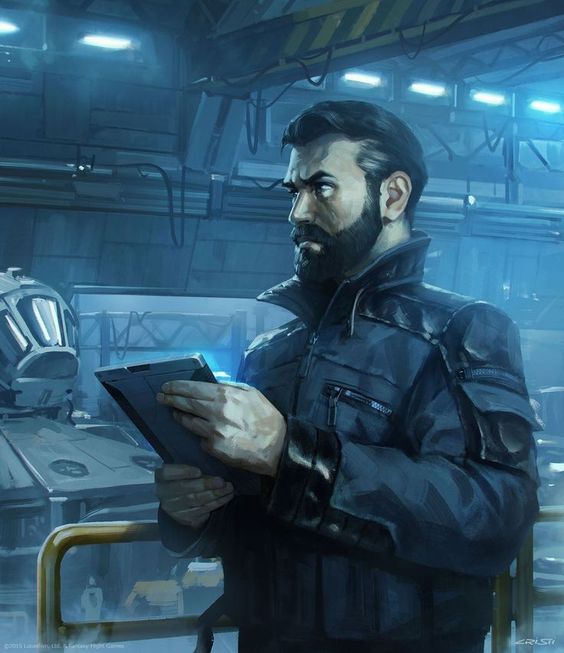 ​
[SIZE=12pt]Good in a stressful situation - Velero keeps his cool when distraught with many tasks that may weigh heavily on his shoulders. He is able to do one thing at a time without getting overwhelmed.[/SIZE]

​
[SIZE=12pt]Loyalty - Velero shows an unwavering loyalty to his friends, family, and allies. He never betrays anyone even if he is bribed with wealth beyond anything seen in the galaxy.[/SIZE]

​
[SIZE=12pt]Resiliency - From time to time Velero will encounter situations that may need more time to solve accordingly. Even with needing extra time, Velero will never start to grow weary or start to doubt his abilities. He has clear goals and finishes everything to the end and to his liking.[/SIZE]

​
[SIZE=12pt]Illiterate - Although Velero is a well known smuggler for many crime syndicates, he has very little or no ability of reading and writing. This makes it difficult to find certain locations and to also communicate with other beings in the galaxy.[/SIZE]

​
[SIZE=12pt]PTSD (Domestic Abuse) - Due to an abusive and hateful childhood, Velero has developed Post Traumatic Stress Disorder from his Father and Mother who would constantly mentally and emotionally abuse him to the point where the the smuggler would believe that he was nothing.[/SIZE]

​
[SIZE=12pt]Locked Up Emotions - Velero chooses to keep his emotions to himself which usually results in loneliness and anxiety. He usually tries to cope with it by working out or fighting which releases anger or spending time with his wife.[/SIZE]

​
[SIZE=12pt]Velero Faren is a man who anybody would not want to mess with inside of a cantina. His stern, round, and rigid face along his tan, heavy set body is enough to intimidate even the most ruthless scum in the galaxy. His choice of clothing includes high reaching black leather boots, grey pants, a plain cotton white t shirt, and a black jacket to cover his muscular and wide arms. Velero has straight brown hair which he keeps maintained accompanied by a bushy beard that covers most of the bottom half of his face. If you look closely, you could see a scar on his neck that was obtained through an accident on Mimban.[/SIZE]

​
[SIZE=12pt] Velero Faren was born to a dirt poor family on the planet Bonadan, a corporate sector planet which housed nothing but workers trying to mine the precious planetary resources for profit and hopefully make a living. Velero's Father was on the short end of the stick of the mining jobs and was soon laid off when the child was only a few months old. His mother was no exception either as she was also unavailable to land a job because she was too ill because of the planet's surface. With all of this going on in the family, Velero's Mother and Father grew to dislike their son and would ultimately blame him for not bringing prosperity to the family name of Faren. During the early and middle years of his life, Velero would undergo mental and emotional abuse from his Father and Mother alike, who would call him a failure, a disappointment, someone who does not deserve to live, and more. Over time, he would submit more and more to his parents and believe what they would say. That is, until he met an unlikely ally at the age of 16. That ally was a Male Cathar named Keelan. Keelan would train Velero in smuggling, business, and piloting. As Velero got older, he knew to see through his parents lies and at the age of 19, he fled with Keelan aboard his ship, The Solar Nymph and explored the galaxy to look for adventure and most of all... Glory.[/SIZE]

​
[SIZE=12pt] Years would pass until Velero, now a full time smuggler, was 24. An odd job left Keelan dead along with the rest of the crew that he and Velero worked hard to bond with and to keep close relationships with. Now in possession of the Solar Nymph and nothing but his wits, Velero would venture around the galaxy, taking on solo jobs mostly because he could not bear to lose another crew and he liked to work alone more. Even if he did not have a crew, Velero would not even take on any friends that were too close. Instead, he would take on solo jobs for the hutts, the black sun, and other crime syndicates that offered good pay and jobs that were manageable for one person. Over time Velero broke his promise of not interacting close with anyone when he met a woman by the name of Clairis. She had no last name as she had nobody to call family. Velero had met the woman on Nal Hutta while turning in a job and getting paid. She was begging for food and anything that can keep her warm at night, until Velero felt something different about the young woman. He took her aboard The Solar Nymph and together they now take on jobs from many crime organizations to support each other and before long their relationship of being partners soon grew into something more until they were married and lived happily to the present day. Now, Velero and Clairis are well received in the smuggling world and are very much known to their employers for getting in shipments faster than anyone in the outer rim.[/SIZE]

​
​
​
​
​
(This Character is still a work in progress and I have not written in a while. All criticism is welcome!)
​
You must log in or register to reply here.
Share:
Share
Menu
Log in
Register
Install the app
Top