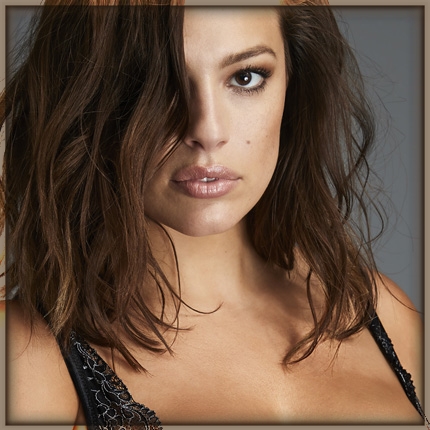 Formally? None that I will admit to.
Informally? Those with the most credits, of course.

Platonic
I don't have friends, I have business contacts, and a successful smuggler doesn't divulge those.

Romantic/Sexual
A few here and there, none worth mentioning by name.

...not just a pretty face, but I know how to use it...
I am so much smarter than people give me credit for. They take one look at my face and my figure and assume I'm only good for one thing. I have wit and charm in spades, and a proper business sense. I know an opportunity for credits when I see one. These looks and this figure? Better weapons than a blaster. The noble circles in the Tapani Sector were the perfect training ground, trust me.

...things that I just can't forget...
I have an eidetic memory...I quite literally cannot forget a face, an encounter, a place. Fantastically useful as a smuggler, believe me. The stories I could tell you would scandalize nobility on many of the major worlds.

...don't remind me about my past...
I have a history and a family. I hate most of them for excellent reason. Speak of them, and things will end poorly for you. Speak ill of my dead twin, and I will bury you in the deepest mine on Kessel for the spiders to feast on. Trust me when I tell you I know where that is, considering my line of work.

...a beating heart...
It's under lock and key, but it's there. Get far enough under my skin and it can be used against me.
Remember the bit about my twin? Yeah.

Appearance
​
Velana is a woman who takes excellent care of herself, as her business depends on her wit, charm, and ability to present herself just right. Long chestnut hair falls halfway down her back in soft waves, framing a face of soft features that most often bear a warm, faintly wicked smile. She is most often clad in soft boots, tailored leather pants, and a flowing vinesilk blouse in her favorite shade of blue.​

History​
Velana is the youngest child of Lord Aravel Accendo, a minor noble within House Melantha of the Tapani Sector. She has six older siblings, including her identical twin, who was born a full three minutes before her. Raised in relative luxury, it soon became apparent that the twins were going to outstrip their elder sisters when it came to the highly prized beauty, poise, and elegance that their parents worked so hard to cultivate. It led to bitter rivalries among the sisters, as the twins were given the lion's share of attention and care. The Lord and Lady saw them as their ticket to the next level of noble standing, providing just the right connections were made through arranged marriages.​
When the twins turned sixteen, everything had been put carefully into place, and they were betrothed. Vikha to a nobleman of House Melantha, and Velana to one of House Mecetti. Vikha's marriage took place first, and the lavish affair was the talk of the social circles for months...until Vikha's lifeless body was found in the garden, her throat slashed. Their parents displayed the proper level of societal and noble outrage in public, but privately, expressed no anguish and only relief that it had taken place after the wedding when she was no longer their problem. Velana, in the midst of having arrangements finalized for her own wedding, was inconsolable at the loss of her twin and spent weeks simply trying to discover what had happened. Eventually, she discovered that Vikha was murdered at the order of her husband, who wanted nothing more than the fortune she had brought to their marriage and the societal standing that the widower of a murdered woman would accrue.​
There was no one, however, that would listen to Velana when she took the information to her family. Her elder sisters laughed and said it served her right for taking their rightful places in the family structure, and her parents told her in no uncertain terms to keep her mouth shut lest they lose every scrap of social standing they had gained. It was her brothers who shared her outrage and her grief, though their hands were tied and they could do nothing to avenge Vikha's death. Velana made every attempt to expose what had happened, but there was no one on the Council or within the higher tier of nobility who would do anything about it. Vikha's husband was far too well connected and possessed the advantages of noble birth and connection, which left Velana with no recourse.​
Unable to stomach remaining where her twin's life was so callously thrown aside in the greater noble game, Velana took the little of her inheritance she had access to and left without a look back. The scandal she left behind was intense, but brief, in the grand scheme of things, and the blow to her family's standing meant nothing to her. She was welcomed in some social circles and shunned in others, outside of the Tapani Sector, until she made a name for herself as a smuggler. Rare goods, antiquities, and other luxuries became her calling card, and anyone who had enough credits and the desire for something banned or impossible to find, keeps her holo-frequency close at hand.​
Last edited by a moderator: Jan 9, 2021