I thought this was America, huh?! 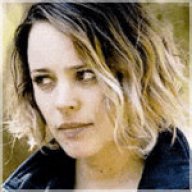 The Rebel Alliance's Deniable Operations Group (henceforth referred to as DOG) was a joint venture created by Ari Vox, Noah Corek, and Ras Val'Kor, to provide the Alliance with the means for direct kinetic attacks in a guerilla warfare theatre. Designed to complement the simultaneously formed 1st Unconventional Warfare Unit, DOG takes its place behind the shadowy frontlines of the UWU's battlegrounds by completely removing any semblance of support from their operations. Utilizing any means necessary they infiltrate enemy-held territory for the express purposes of sabotage and infiltration, engaging sporadically in high-profile target captures and assassinations.

Theoretically, the DOG operates completely self-sufficiently, embedding itself within a population weeks or months before operations begin, leaving their members nothing more than their deep cover alias' and occasionally a specific time to meet. Weapons and equipment they cannot smuggle into the theatre are simply stolen from enemy units, and their sabotages wreak havoc while their counterparts in the UWU train local fighters for the coming battles.

At the advent of open hostilities, DOG units will awaken like deeply embedded sleeper cells and stage daring attacks against vital infrastructure, military positions, and even politically significant areas. However, with the degree of danger inherent and the risk of discovery always a possibility, DOG units are necessarily small and mobile, often not more than ten people in a single cell, arranged into two teams of five operators. Based on their size and total lack of supply train they are next to useless in conventional warfare, committed almost completely to sheer surprise and violence of action to overcome their foes and seize their objectives.