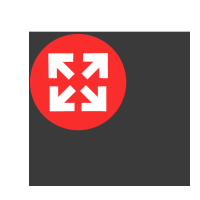 OUT OF CHARACTER INFORMATION
CORPORATION INFORMATION
DESCRIPTION
Tygeria Dragon Araments or TDA is a relatively new producer or armaments and armour based on Tygeria and was set as a reaction to the success of other armaments producers within the Eternal Empire. TDA specialises in single-purpose armaments and maintains a robust "slug" department in hopes of using ballistics to create a USP for the company.
The main target customer for TDA has always been the Eternal Empire military but some products have seen consumer runs to keep the company viable. The Blackwatch shows the most interest in TDA compared to the rest of the Eternal Empire as they seized more or less total control of the company after TDA was involved in an incident involving the destruction of competitor equipment. This change focused TDA one again on their specialisation as well as ballistics.

RATIONALE
After control of Tygeria Dragon Armaments was seized by the Blackwatch a conclave of operatives was set to oversee TDA without having too much effect on efficiency. Edward Ashcard was given minor role on the conclave due to his nature of explosives and helped the rest of the council with technical information. While the conclave was generally impressed by TDA they found their interest in slug weapons wasteful and moved to shut the department down however Edward was impressed with their advances in explosive slug weapons and organised a series of events to demonstrate their effectiveness. While they were not overly happy about the conclave was forced to admit that TDA's ballistics offers were impressive and put on hold their plans for the department as well as granting Edward a greater role in the conclave