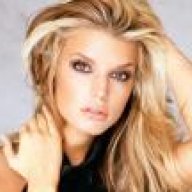 
Shock Boxer: Due to her training on Vortusa she had become a champion in the underground rings of combat, she had been trained to disarm her opponents while using armor but no weaponry, and was seen as one of the more skilled combatants, she won a lot of credits and fame in those circles.

Discipline: She is a very aggressive fighter, but has serious discipline where she is always on offense rather than defense, she is very skilled with being unpredictable in a fight.

Stealth: She is very skilled in doing stealth strikes as she was a former black ops combatant on the world of Vortusa, she is very sneaky and can sneak up on almost anybody taking them out before they know she is around.

Imperial Shuttle -Nirvana-
The Imperial Shuttle is an older one from the ancient sith empire that Trista found in an old salvage yard and bought it, she had it repainted and refitted with new weapons to make it more able to run blockades and hold up to more damage.

Trista is the older sister to Caile, as she grew up be looked after her younger sister, the younger of the Nemorra siblings always got herself into rough spots that Trista needed to bail her out of, this would always become a burden to Trista but she felt it was her duties as an older sister and always helped Caile whenever she needed it, Trista was naturally gifted with kickboxing and often would kick the living crap out of others whenever they tried to test her resolve and patience, she always protected her younger sister and always disliked others picking on her.

As she grew older Trista started being used as an operative, she ended up being under the employment of general bratan and was employed to spy on and gain intel on the princess if the Vortek, Trista worked nights obtaining information on the princess, through infiltration Trista often had access to what she needed o obtain on the woman and was made to believe her employment needed to be secretive, if she was caught she would not be able to state she knew anything about the general or his spy network.

Shortly after the general was exiled trista left the planet and sough work as an Infiltrator, this is one way she obtained her ship; she found it in a salvage yard on a outlying planet and bought it, redoing the paint job and having the ship fixed with the credits she stole from the princess. The restoration of the ship cost a lot, almost all she had but it was worth it and she also hired an R&D company to refit it with better weapons and with upgraded shields and a better hull, including a patch job on the hull as well.
After restoring the ship she began to use it as her personal freighter and made her way to becoming a freelancer.


Trista is mostly connected with her younger sister and believes that Caile in their past saved her life, when they were young Caile walked into the room when she was using drugs and watched Trista shooting up, she passed out and when she came to she seen her own sister unconscious on the ground. Trista immediately rushed Caile to the emergency room, her kid sister was unconscious and in critical condition for a week straight until Trista burst into tears and promised that if she ever woke up she would kick the habit and turn her life around, at the time Trista was barely in her teens, she learned after rushing Caile to the ER she had taken a large amount of drugs and was at that time comatose.

Trista didnt know what to do, as she would kill for Caile, when she waited by Cailes bedside refusing to leave her kid sister she cried and begged for Caile to awaken, before Caile never had a chance to awake and Trista was wracked with guilt and suffered at her mistake that she might have killed her own kid sister that she begged and promised for Caile to wake up and be her sister again. When Caile awoke moments later she spoke of seeing the maiden goddess of sacrifice and spoke of them hearing Trista and restored Cailes life, from that moment Trista kicked her addiction and believes to this day her kid sister saved her life.

From then on Trista has vowed to protect and safeguard Caile no matter the distance between them. they only bonded more and became closer as siblings, as she still holds true to that promise she will always be indebted to her kid sister.
Due to being related to the taung all vortek will willingly owe a life debt to those they have believed saved their life, and for Caile Trista owes a life debt.
Siblings/Family