Till with Fire, Sow with Salt 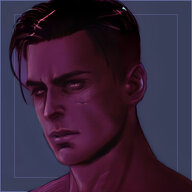 Character Bio
A Deathhead-class Heavy Cruiser displaying Fringe IFF appeared out of hyperspace over the planet of Val'hala. They were immediately hailed by the planetary defense force.

"Fringe Vessel Draco, this is Val'hala Customs. State your intent."

The Captain of the vessel stared out the transparasteel viewport. "We bring you greetings from the Fringe. We have Lord Zaiden James-Greyson aboard."

"Yes. He sends you a message."

The Captain cut the communications. "Fire."

The vessel orbiting Val'hala suddenly erupted in a hailstorm of fire. 20 Heavy Turbolasers opened fire on Zaiden's palace. Each turbolaser was capable of reducing an entire city block to ashes. The Deathead had retrofitted two of its proton torpedo launchers to fire nuclear warheads, which they unleashed on the palace. The other eighteen proton torpedoes sailed down through the planet's atmosphere, heading straight for the planet's largest spaceport.

Another salvo of the same unleashed hell upon the planet's populace. This fire from a supposedly friendly vessel engendered confusion and chaos.

The captain, meanwhile, seemed unconcerned with the mass murder he was attempting. Probably because Faenrovon the Radiant had utilized the Force to seize control of his mind and he was now under the dragon's directive. But to the galaxy as a whole, it would appear that he had gone rogue.

Sirens began blaring loudly throughout Greyson Manor, every nook and cranny would be reached by the sound to alert of a planetary attack. Zaiden instantly was on his feet, racing through the halls that went from his personal Master Bedroom to the man's main office. Bursting through the doors, and continuing to the computers on the furthest walls which he punched in multiple keys until the planetary defenses kicked in, however set on half power. The mass message was sent to all near the city limits that he wanted the ship captured at all costs, and this would personally be lead by his 5 best men. His personal squadron were considered the best of the best, trained for many months by Zaiden himself as well as other military camps.

Casting his mind outside of his body, Zaiden soared to the ship in his Force Shadow form until he stood within the ship. At the range his Shadow limits were apparent, but still he focused all of his concentration on the ship and seeing whom was responsible. It seemed a rogue Fringeman, but nigh all of the Fringe now knew the man's status as Hand of the Fringe...

No... Zaiden thought, No one would be imbecilic enough to attack a Master Force User, unless they felt they could sustain themselves during the resulting attacks... Only one being came to mind at this moment, and that was the wretched dragon...

"Ashin. I need to convene with you. Now. A Fringe ship just began assault on Valhalla. We both know there are few foolish enough to attempt this. Where can I meet you." Zaiden said to no one, knowing the Force would carry the words to his Empress through their multiple connections.

So far as the upper echelons of the Lords of the Fringe were yet aware, Zaiden had been the one to fire on his home planet, for his own reasons. The planet was not Fringe territory. If and when they learned that he had not been behind this, they would likely assume a false flag operation from the Rebel Alliance, OP, or TGE.

There were, after all, bigger problems.

But then Zaiden reached out through his peculiar connection to Ashin, and she knew.

Deathhead-class Heavy Cruisers were not so numerous that one could just fall off the map. Within five minutes she had an answer as to which ship that was, but it had been reporting all signs normal as of last checkin, twenty-four hours ago. Captured by their enemies, perhaps, without a sign? Or, as Zaiden suspected, a Fringer acting unilaterally?

A sector fleet scrambled rather quickly, for numerous reasons including Valhalla's proximity to Annaj and its position in the Neutral Zone. Two Permanence-class battleships, along with half a dozen heavy cruisers and assorted escorts, jumped for Valhalla.

Fleet sent. Get out while you can.

The nuclear warheads blossomed, immense mushroom clouds that should consume the entirety of Zaiden's palace, not to mention the 20 heavy turbolasers firing directly on the palace, each capable of turning a skyscraper to glass. There was an intense flash of light, quick as lightning, but a thousand times brighter, quickly accompanied by a powerful pulse of heat radiation, sufficient to set fire to light combustible material out to a distance of fourteen kilometers and to paint or wood at half that distance. Following this was an intense pulse of x-rays, lethal at a distance of three kilometers.

Immediately after the flash, a fireball formed in the air and rose for several seconds, blindingly bright and radiating heat. Those eighty kilometers away could see it. Within ten kilometers of ground zero, all parts of the body exposed to the flash would be burned deeply into the flesh. Superficial burns would be caused at greater distances, out to fifteen kilometers.

A blast wave would follow all of this. It was capable of destroying even reinforced concrete buildings for a radius of two kilometers and leveling smaller buildings out to eight kilometers. Windows at thirty kilometers shattered. Within three kilometers, almost everyone would be killed by the blast. At eight kilometers it is estimated that fifty per cent would be killed. Fires would also be started by the flash fires. Regardless, the radiation fallout from the warheads should cause the deaths of millions and make the entire palace uninhabitable.

The proton torpedoes hit the spaceport, causing the fuel centers to ignite and starting a chain reaction. The deaths of thousands began to escalate into tens of thousands, quickly soaring towards the hundreds of thousands as the explosions continued to rock the planet, turning the entire spaceport into a smoldering mess.

With that, the captain had fulfilled his directive. He unholstered his sidearm, put it to his head, and pulled the trigger.

The captain's brains splattered against the viewport. He died instantly.

Shado instantly bolted for his StealthX, the Devils Shadow and shot for space outside of firing range. It took a few moments, but soon enough Shado angled the ship away from his home and towards ally space. I will be at your location soon. I believe I know whom did this. Zaiden sent to his empress as he jumped to hyperspace.

Character Bio
As @[member="Shado"] fled the mass destruction, the rogue Fringe ship continued to fire. In the chaos of the captain's suicide, the officers gave conflicting orders, some urging to cease fire, while others sought to continue the course, knowing they would all be tried for war crimes. The executive officer fell prey to a quickly organized mutiny of officers too frightened of execution at a trial to run the risk of surrender. These mutineers resumed firing on the planet with all of the available weapons.

The palace was now a crater. The spaceport was burning. The capital city soon came under fire as well.

The sector fleet which dropped out of hyperspace on top of the rogue Deathhead was boasting, as previously mentioned, half a dozen heavy cruisers. More specifically, Wasp-B heavy cruisers, whose entire weapons loadouts were comprised of ion cannons.

They got to work on the Deathhead.

Soon enough his on board computer began to alert Zaiden to the proximity to his destination. He was now within a few hundred yards of his revenge. Sending a mental note a few minutes before he left his ship he waited for Ashin to step out. He found it horridly disrespectful to go and find her when she was busy.

@[member="Ashin Varanin"]
Vuldak | Gauntlet | Armor | Bow & Quiver | Shard of Retaliation
You must log in or register to reply here.

Playing With Fire is Not Smart.

If i cant play with Fire, what about Lightning? (Circe)
2