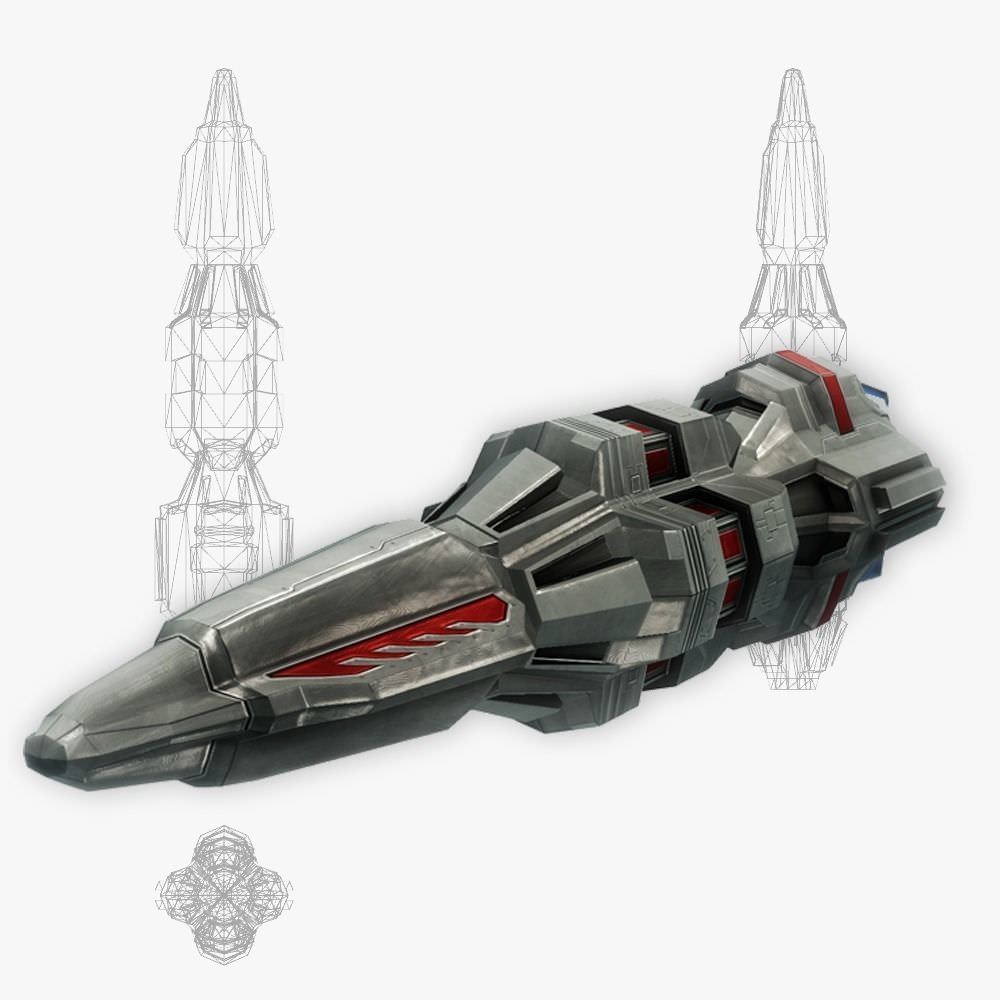 The Tidefall Brilliant Torpedo was conceived around the same time as the Starcore-class Concussion Missile as another munition type designed to better survive on a battlefield increasingly being dominated by electronic warfare. However, the Tidefall took the opposite approach of the Lightcore. Rather than essentially reverting to an unguided shell when struck by ECM, the Tidefall is actually a larger variant of the brilliant missile, essentially making each missile a disposable battle droid. Because it is operated by a droid brain, Tidefalls can rationally solve problems as they are encountered on the battlefield, making them harder to destroy before they hit their targets.

The Tidefall's basic fuselage uses carbo-plas plating laminated in several layers to form a solid hull. Thus the fuselage plating also serves as its framework. While this makes it less durable upon impact, and thus does not penetrate as much as many warheads, it also makes it more survivable against point defense weapons like laser cannons or flechette launchers as the plating overall is thicker than many of its contemporaries. Several small chemical fuel slug engines are mounted in a ring at the rough center of the missile and at the aft. This engines can be ignited individually, providing the Tidefall with exceptional maneuverability that is almost comparable to a typical starfighter. The rear of the fuselage contains a VASIMR drive that is almost directly copied from its predecessor, the Firelance Torpedo. Typically this engine is fired in short bursts, allowing the warhead to stealthily coast on inertia towards its targets. At full throttle though, combined with its auxiliary chemical thrusters, the Tidefall becomes quick and agile, behaving much like a drone starfighter. Just ahead of the engine and its fuel supply is the Tidefall's Psykhe Droid Brain, which acts essentially as the torpedo's pilot. Its dual-core processor is well-suited for this task, as one bio-computer can focus exclusively on flying the missile to avoid obstacles and immediate threats, while the other processor can focus on analyzing the battlefield, such as deciding if a new target should be selected if the target is destroyed or otherwise disappears, or processing through sensor noise caused by sensor jamming. Its ability to provide some of these tasks is enabled by its quartet of knowledge cylinders. Typically one is devoted to understanding realspace environments, another to common starship tactics, another to starship schematics and starship subcomponents, and another to processing sensor data in the context of electronic warfare. Just in front of the droid brain is the sensors that allow this to happen. This includes a trio of passive electro photo receptors for short-range guidance and a long-range heat detector. This sensor package is entirely passive, which allows it to target objects without pinging back enemy sensor operators. Using a composite sensor signature also means that it is less likely to fall victim to blanket noise jamming, especially in conjunction with its sensor processing software. Just ahead of the sensors is the plasma warhead itself. This warhead contains magnetically sealed plank gas that has been superheated into a plasma form. When this warhead hits its target, the magnetic seal at the tip of the warhead disappears, causing the superheated plasma to rush into the impact zone. Its high heat is thus focused forward and designed to superheat and/or burn through materials. In the event that the material rapidly absorbs this high heat, the plasma loses its energy reverts to plank gas, which then begins to eat through any material it comes into contact with. It is possible in some instances for the plasma to cut through a weakly armored section hull, flood a compartment and in the process lose all of its energy and turn into plank gas, which will then eat away at whatever is in that compartment.

Tidefalls are fairly large missiles which limits their deployment, meaning that they can only be carried on capital ships with large warhead launchers like the Harpoon General Purpose Warhead Launcher. Those ships that can carry the weapon find it useful as a means of long-range harassment, especially in obstacle-ridden environments such as asteroid fields. Typically they are deployed en mass, where their numbers and maneuverability improve the odds of at least some of them hitting their targets. As precision weapons, these warheads are typically programmed to hit specific components on a ship, where their plasma jet warheads can surgically disable or destroy targets.