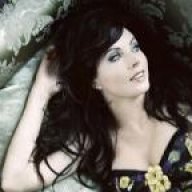 Feena was quiet as she waited. She was just outside his office now. This was a defining moment in her life. A moment when she actually asked for something. A moment where she realized that not everything she wanted would just be handed to her.

And this was an idea that she'd had for years. She had nothing to lose now. She had back up plans for her back up plans if her pitch to the director failed. She already had other willing donors to put her plans into action. One of those willing parties was her own brother.