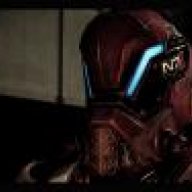 He looked around, he had booked the room several days ago, prepared everything ready for tonight. Tonight was crucial, it needed to go right. For one reason and one reason alone. He was awesome. He could not claim to be awesome if he did not throw the biggest, most awesomeness and carefree party ever. He invited Sith, Jedi, and any Force User in between, Mandalorians, Troopers, Agents, Spies, and those secret police who spy on everything that everyone ever does..... (Admins & RPJs).

Anyway, back to the party, he looked around, he had the best band playing he could find, he just threatened an old time Hutt about actually bringing him in to be arrested and got the band for free... Yes he did bring the Hutt in anyway but the guy got scott free on a technicality, something about false evidence or hearsay, Shuii wasn't playing attention, he was planning the party. The band were setting up on the massive stage at the back, he had a huge dancefloor to accommodate everyone he thought might come and there was of course the bar.

The bar was immense, it was long, longer than any other bar he had seen, his jaw dropped when he saw the bar and he cried a tear of joy at the site of it. It had every drink anyone could possibly have thought of, and some even Shuii hadn't heard off but it was brilliant, there were of course several minor snack foods at the bar as well. He paid the bartenders fairly for the job they would have to do. He had been left a surprising amount of credits by a deceased relative and didn't know about the money till four or so days ago, he rarely checks his money other than hopeful glimpses at his paychecks, but he had been left with several thousand credits 3,500, to be exact, and paid ten credits to each bartender, all 12 of them, and offered another ten afterwards.

He stood by the entrance, the true reason behind this party was because he thought it would be nice to meet everyone under friendlier circumstances and allowed everyone to get their hair down no matter if they joined late to the party cause he was hoping it to be a four day weekender! 'Cause there ain't no partay like a GUNDAR PARTAY!
You must log in or register to reply here.
Share:
Share
Menu
Log in
Register
Install the app
Top