The World Can Be So Dark. 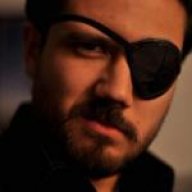 Velnir Had his eyes closed and he took in the area around him, Large trees, Ocean and sand. Only one of those he's ever seen in his life. He was becoming very warm over the dark robes he had on. But he would not allow that to bug him. He Looked out at the sunset and began to meditate. During this Meditation period he began to have flashbacks of the abduction and the death of his family. He clinched his fist and shot out a large about of energy out towards the water. The Blast of force started a large wave going outwards towards the beach. He took several large gasps of air before falling to his knees.
You must log in or register to reply here.
Share:
Share
Menu
Log in
Register
Install the app
Top