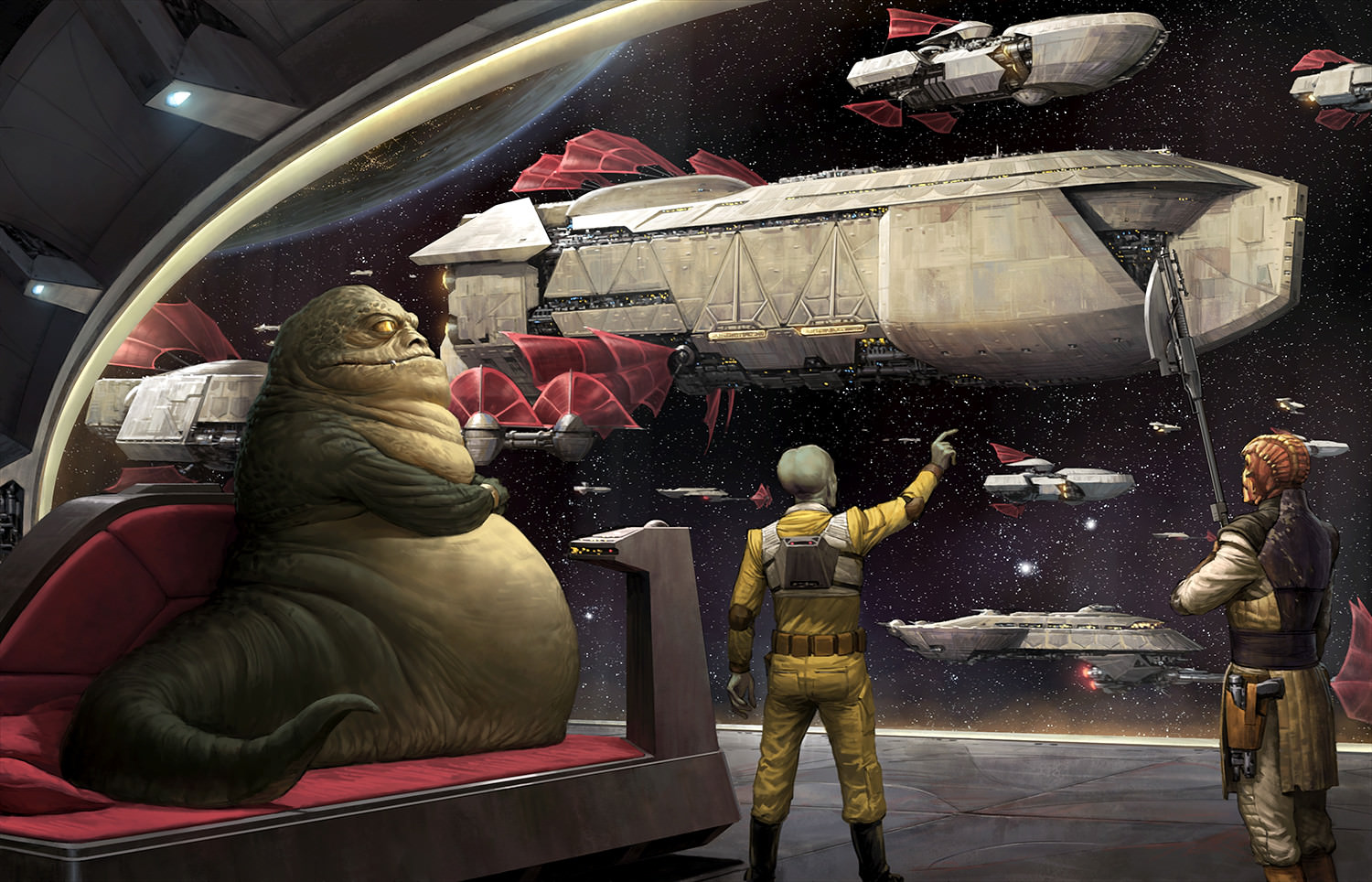 The gleaming Silver Krayt is a large, blocky cruiser, with four hangars (two to a side) that house the warship's squadrons and shuttles. It carries a crew of 1,500 and a troop complement of 500. Unlike the vast majority of Hutt ships, it is meant for only one purpose: War.

Throughout history, Hutts have focused primarily on economic dominance and an isolationist strategy, but after the Yuuzhan Long decimated their forces hundreds of years ago, their tactics shifted. The advanced Chelandion-class war cruiser was one of the results of this tactical shift. Today, the refitted Silver Krayt carries on that legacy. Although the ship is hundreds of years old, it has been gutted, given a new hull, and a new name.

It now serves as the flagship of the mercenary fleet, Dragons of Bareesh.

I love seeing Hutt ships, I think they're neat and the fact that this is Unique makes it pretty okay in by book. I however think that giving this "Average" maneuverability is a bit over the top and would advise you to steer it towards Low. Otherwise I'll have to ask you to lower another rating

I grant thee this vessel. May you conquer.