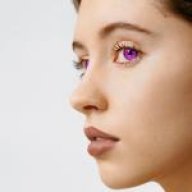 Character Bio
“You will forever look back on this day as one of great joy, but also one of great sorrow. It will help you to remember that, in life, the two are often closely linked.”
― Valenthyne Farfalla

Lilla had been at once shocked and delighted to have received the news from her master. She’d passed each and every one of the tests – but still did not feel as though she was ready for the next step.

Which was as her master had predicted almost six months ago, as she’d started her temporary assignment as a Jedi Ranger. ‘When you know why you are not ready, you will be ready.’ It made no sense then, and little more sense now.

Except that it felt right – and she had the faith and support of the Council, as well as her master.

Character Bio
The Knighting ceremony was an ancient ritual dating back to the beginnings of the Order’s history and Lilla had learned that each Padawan was responsible for preparing themselves and reviewing their role in the ancient rite.

After passing the Jedi Trials, she was assigned a date that the ceremony was set to take place on. And now that time had come. It was the day before the ceremony and so Lilla headed to the Republic Remnant's Jedi Order's version of the Tranquillity Spire – where she would meditate within the preparation chamber located there.

Character Bio
Lilla emerged from the preparation chamber refreshed and invigorated. Overnight she had sought her future path. Initially she was confused as no single path presented itself. But as she connected ever deeper with the Force and stopped her mind’s natural tendency to seek answers, the resolution came to her unbidden.

She did not believe she was ready because there was not one path, but many. But deeply connected with the Force, she understood why that was – why she believed she was not ready. Because there was not a single path, but many. Her destiny was not to be a Ranger, or a Sentinel, or a Shadow, or a Guardian, or a Librarian. She was to be fluid, flowing from one role to another. The Force would advise her and she would allow it to carry her as it saw fit.

Character Bio
Lilla was summoned to the Hall of Knighthood.

Entering into the darkened chamber, she walked forward to the center and kneeled. At this point, the Jedi Masters present ignited their lightsabers in a ring around her. Led by the Shree O’Ball , Lilla sensed many who sat on the Council and other Jedi who had helped in her journey. But no presence was as prominent to Lilla than her own master.

The Ithorian spoke. “We are all Jedi. The Force speaks through us. Through our actions, the Force proclaims itself and what is real. Today we are here to acknowledge what the Force has proclaimed.”

The Grand Master paused and activated his saber. “Lilla Syrin,” he said simply and brought his lightsaber down above each of her shoulder and then severed the Padawan braid that hung behind her ear.

“By the right of the Council, by the will of the Force, I dub thee Jedi, Knight of the Republic.”

Lilla stood and picked up her braid and then her saber hilt, which had been placed upon the floor. She attached the latter to her belt and then exited the chamber in silence, signalling the end of the ritual.
You must log in or register to reply here.
Share:
Share
Menu
Log in
Register
Install the app
Top