Overview Description:
A collective alliance of researchers, archaeologists and archivists whom have come together under a singular ideal. The Keepers are governed by a Tribunal of Overseers, following the laws of the Council of Kinsman and subjecting themselves to the judgments of the Council of Oathman. They focus themselves on the research, collection and archiving of dangerous artifacts; both force based and those that are not. In doing so they seek to ensure the safety of the galaxy and the citizens by preventing these dangerous weapons from being used or falling into the wrong hands.

Operating from the junk world of Attahox, a perfect world to hide artifacts in among the many heaps of junk. The Keepers work towards their goals in silence, without announcing their true attentions. They do this through a planned mission of opening trade lanes and forging alliances with nearby factions while maintaining their neutrality in all matters.

Much as any other worlds Senate; the Council of Kinsman is a collection of Keepers that act in the form of a Legislative body. While this is their primary role, many members of this Council also serve as members within the Keepers' Research Corps. In this manner; those that are acting as ambassadors are capable of researching and learning of artifacts through legends on those worlds in which they serve in their ambassadorial capacity. Thus they serve both in a Legislative sense, as well as a research and minor espionage operative.

Likewise there is the Council of Oathman, a grouping of Keeper members that serve to enact and carry out the laws of the Keepers. These laws are like many others, however they also hold to an underlying linking to the work that the Keepers maintain. Many of the Council of Oathman have at one point in their life served as a member within the Archival Corps; allowing them to better judge those that have been found in possession of or using an artifact.

Each body within the overall Government works for an outward appearance of being that of any other world. Thus at the same time working within the confines of political maneuvering and actions to greatly increase their information and lanes of travel. In this way they ensure that they can carry out their base mission to protect the galaxy; while also ensuring that no member of the Keepers use the artifacts that they collect and hide away.

Ideology:
At their core, the central belief that drives them forward; is in that their actions will prevent the rise of another singular being that has attained power on the level as seen in the reigns of Revan and Palpatine. It is the belief of the Keepers, that if they can prevent the artifacts of the past from falling into the hands of those that would use them for personal gain and power; they will safeguard the citizens of the Galaxy. The Keepers are focused upon this central ideology that there can not be a singular powerful being reigning over the Galaxy. To this end they are willing to give their lives in the pursuit of, and to ensure either the archiving of, or destruction of powerful artifacts.

Likewise they belief that they have been tasked with the duty to ensure the people of the galaxy are protected. In so much; to the extent that they are willing, should the cause become necessary and only as a last resort, use the artifacts to prevent the rise of another being as powerful on the scale of the likes of Revan and Palpatine. Solely their duty is to the people of the galaxy, and to ensure that these artifacts are locked away.

However their ideology extends beyond just the locking away of dangerous artifacts. They also maintain that those beings that pose a significant risk to the galaxy; or have already proven so, should be kept in carbonite and likewise hidden away from the galaxy. While there are those that would deem this action as 'inhumane'; there are those that deem this an acceptable practice. As their actions would not only take these dangerous artifacts from the Galaxy, they would also remove a dangerous being and prevent the utilization of said artifacts.

Operations:
Consisting of multiple corps and multiple members that serve within as well as throughout in various other manners and operations; The Keepers maintain their cover through the guise of political movements, relief aid and otherwise negotiations and various other maneuverings to aid in the actions of their members. Many of those that serve in the Research Corps serve within an ambassadorial or diplomatic roles as seen within the Council of Kinsman; in so much as to gather information on local artifacts. Likewise many of the Archival Corps work in a similar capacity when it comes to the Council of Oathmen; as to better act upon judgments and the actions of those that come before them.

In total the Keepers operate an Archaeological Corps, a Research Corps and an Archival Corps. Each specializes in their specific field and as such are very capable beings when it comes to their abilities. The Archaeological Corps are reliant upon the information gathered and discovered by the Research Corps; in so much as to carry out the locating and recovery of specific items of interest or artifacts. Likewise the Archival Corps relies upon the actions of the Archaeological Corps to ensure a flow of artifacts to archive and lock away from the galaxy. In this way, all three branches are codependent upon one another to properly function to their highest abilities.

Similarly, the Keepers themselves operate a 'pool' system for those operatives within the Corps; mainly the Archaeological Corps, that are on an assignment. In this way an agent is able to requisition the needed materials for a specific mission; rather than before forced to rely upon personal funds or otherwise unreliable means to carry out their mission. As such the Keepers operate this 'pool' system for the use by all operatives and maintain a sizable surplus of vehicles, vessels and equipment that are deemed 'low profile' to prevent an agent from drawing attention to themselves.

Foreign Affairs:
While their primary focus is the safeguarding of the citizens of the Galaxy; they maintain that their political aspirations are Neutral, to ensure that they do not take the side of any one party in a conflict. As such, they seek to ensure that they remain neutral and foster inroads with multiple factions and alliances to ensure that they can carry out their primary mission and focus upon their goal of collecting and archiving artifacts. Likewise they are held to keep to their oath of maintaining neutrality and safeguarding the beings of the Galaxy; however they will act upon a situation as needed for them to do so when such a situation requires them to take a side, which will always remain to ensure the safety of the citizens of the Galaxy.

Thusly they will only act upon said situation when the overall danger to the Citizens of the Galaxy is so much so that their action is required. To this end they will also as needed, use artifacts within their possession to prevent the loss of innocent life. Further more they seek to ensure that they do not call to attention their real work and it is likely that any such actions or actions as required by them, would be through the use of mediaries to act in their stead.

Character Bio
Already I like this idea. First off, collecting artifacts. Second, preventing others from using it. Third, I can act all Jedi like in the process. I might join man. This looks really good.

You'd be more than welcomed to join @[member="Dove"]

My Cartel sells dangerous artifacts, only a few deaths so far, so why don't you just give them to me?
@[member="Larilia Sosiicius"]

I think Sin would like to help protect these Artifacts from greedy hands, such as criminals and sith

Character Bio
@[member="Larilia Sosiicius"] Thank you, and when you set up the faction I'll join.

@[member="Xander Carrick"] The Faction page is already up.

@[member="Gajjulla the Hutt"] The Keepers do not broker deals for artifacts or sell them. Their focus is to protect the Galaxy from dangerous artifacts by hording them and hiding them away to prevent the rise of another Palpatine or Revan figure by preventing these types of artifacts from being in the galaxy. Likewise they seek to safeguard the people of the Galaxy that these artifacts would more than likely be used against.

@[member="Romeo Sin"] You're more than welcomed to join.

There really isn't a pay in sense of terms of being paid (I tend to keep away from throwing around credits or currency on a site without a currency since it starts getting out of hand rather quickly.)

I was thinking of there being a pool kept by the Keepers, where a member can check out a vessel or equipment on a case by case as needed kind of system.

So I could use the systems of old tech to advance new tech, if aloud???

Romeo Sin said:
So I could use the systems of old tech to advance new tech, if aloud???
Click to expand...

I think I've misunderstood the benefit offered by you 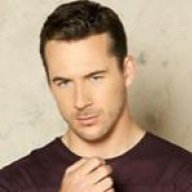 Very nice concept for your group. Slightly makes me regret the fact that my character cannot join for being on the wrong side. Nicely done. I wish you the best of luck.

@[member="Aiden Clairemont"] ; If you ever choose to make a character that would join, you'd be more than welcomed.

Additions include an expanded upon General Information, as well as expanded Overview Description and addition of Government structure.

Operations, Foreign Affairs and Goals have been fully fleshed out and expanded upon.

The Keepers are now fully expanded, however additional expansions on the above sections may happen as activity and time with the Keepers grows.
You must log in or register to reply here.

Faction Ad The Order Of the Force

Heed the Call: The Mando'ade

The Order of the Grey