The Intertwining of Systems (Completely Plutonic) 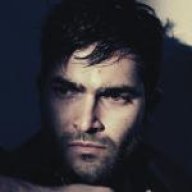 Character Bio
The lone star destroyer came out of hyperspace, the "U.S.C. Kraken" transmitting it's transponder for all to see. On the bridge Derek Dib stood, hands clasped behind his back. This was a visit to a fellow Viceroy, [member="Dalton Kenway"] , and though they were both members of the Confederacy this particular trip had to do with their own Independent systems.

The white haired captain of the guard moved to stand next to the Viceroy. The two watched as the destroyer neared Falleen. They had been companions ever since Derek had become Viceroy. Then recently he was elected as Governor of Olanet and the driving force behind shoring up and strengthening the system into its own united government. Lucian looked over at the viceroy. "Are you anticipating reprisals for this?"

The countenance of Derek didn't change as he gazed at the planet. The recent Viceroyalty meeting had shifted the axis of power within the Confederacy, but a point brought up by a fellow Viceroy drove home his own musings on the subject. As long as they outlawed slavery and paid their quarterly taxes, Siskeen was an independent system that was able to operate independently of the Confederacy.

"We are operating within our mandate, Lucian. And if there are ramifications for this, we will deal with them as they come. We are prepared after all."

Moving to the communication officer he nodded for the channel to the government on Falleen to be opened.

"This is Viceroy Derek Dib of the Siskeen system. Requesting permission for clearance of a transport ship to land in the capital, Falleen Throne, for a meeting with Viceroy Kenway, at his convenience."

The channel was closed and he made his way back to Lucian as they gazed out the viewport waiting for permission before heading to the hangar.
You must log in or register to reply here.

The First Bloodscent of the Year [Private, Sitara]