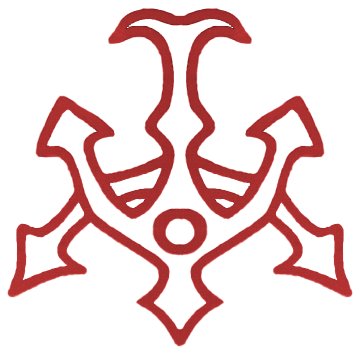 History:
During the time of the Great Galactic War, the Hutt Cartel was displeased with the Sith Emperor because he did not include them in his plans and intrigues. However, due to the subterfuge of Imperial Intelligence agents, the Republic was unsuccessful in gaining the Hutts' support against the Empire. The Cartel remained neutral in the war, like most others in the criminal underworld.

In 3640 BBY, the new Supreme Mogul, Toborro, led the Cartel's invasion of the planet Makeb, and Imperial and Republic forces began to arrive on the planet with their own agendas.

It is known that the Cartel had control of the Kaer Orbital Platform a few decades before the Clone Wars after they forced the InterGalactic Banking Clan off the Platform, however they later abandoned the platform when they regarded it as worthless.

Boorka the Hutt held considerable power in the Cartel. During the Clone Wars he co-operated with Sev'rance Tann during the early days of the War after he gathered information about the Decimator a Republic superweapon which was still in development. He was annoyed by the Galactic Republic's trade activity near his territory and agreed to reveal their secret plan to the Separatists.

He lost most of his forces, except a few mercenaries for turning against Jabba but he instead was protected by the Separatists. As a reward, he would give them information about the Decimator, provided that Tann destroyed the Republic Spaceport. After she destroyed the spaceport, Boorka gave her the information she needed.

Sometime before the Rebels had emerged, the cartel took control of a few planets such as Felucia. Jabba also set up a communications relay on Saleucami to keep an eye on the Empire.

During the Galactic Civil War, Jabba formed an alliance with Tyber Zann which was quite successful until Zann stole his valuable Sith artifact on Felucia. Zann was caught, however, and he gave the artifact to Urai Fen, his second in command, and Zann was imprisoned on Kessel. Since the artifact was quite costly, the Hutt Cartel acquired all assets of the Zann Consortium as compensation.

Later on, Zann broke out of Kessel and rebuilt his forces. Using his Defilers, the Zann Consortium corrupted many of the Cartel's planets and took control of Saleucami. This conflict lasted until the Battle of Hypori, when Tyber Zann forced Jabba to give up his holdings on Hypori and Saleucami. This left the Cartel crippled but not destroyed and allowed the Zann Consortium to grow unhindered.

Those that had remained loyal to the Cartel held extremely secret and exclusive meetings, after several close calls with law enforcers, the group became Hutt exclusive letting in non-hutts only if they could trust them. Soon the Graug Plague was discovered, factions were in turmoil, criminals were causing havoc, the hutt cartel slowey revealed itself and soon became one of the leading crime organizer in the galaxy and soon opened it's doors to non-hutts.

Ranks:
Supreme Mogul:
Leader of the Hutt Cartel in it's entirety
Current: Gajjulla the Hutt

Lutenaint:
Second in cammond of the Hutt Armies
Current: None

Squad Leader:
Hutta that are considered fit to lead squadrons
Current: None Put Jabuda Inllic the Hutt in nobility. Also Hutts really can't be in any combat roles due to the fact they can barely move and have tiny arms. General is really the only military rank a Hutt could occupy.
Tyr-Kyr Magnus Character Bio
@[member="Tyr-Kyr Magnus"] Not necessarily. I invite you to look at hutt battle armor. Movement is about 12m every 6 seconds at top speed, and a heavy machine gun on the right shoulder.
http://starwars.wikia.com/wiki/Hutt_battle_armor
Speaking of which, I think I have a new character concept.

Lol ancient Hutt Armor aside, the few Hutts that have made are all crime bosses and I doubt anyone makes a Hutt just to be a footsoldier.
Tyr-Kyr Magnus

Character Bio
I'm considering it if I can get the armor. He would break the stereotype, and fit with the need for a commander rather well, if @[member="Gajjulla the Hutt"] chose to appoint him. And since when was the cartel made of entirely hutts? Every crime lord has servants, armies, thugs, and lieutenants, all of which are part of the group (the Cartel in this case), @[member="Tyr-Kyr Magnus"]. What does it matter?

I was on terms of the actual hutts the run the cartel lol not their subordinates.
Tyr-Kyr Magnus

There will be non-hutts wanting to join, so I created the hutt military@[member="Tyr-Kyr Magnus"]
You must log in or register to reply here.

The Hutt Cartel - so far

The Hutt Cartel is recruiting!