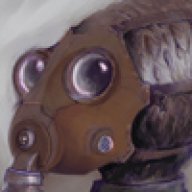 
Intent: To provide an award for award winning actors like Olidiv Kenu to gloat about.
Development Thread: No, but I intend to have an awards show at some point as a thread.
Manufacturer: Commission by the Corellian Academy of Performing Arts. By sculptors working for Horaavi and Menlith, Limited.
Model: Crystalline Award Statue with a name on it.
Affiliation: The Corellian Academy of Performing Arts awards them to actors, typically ignoring politics.
Modularity: The Transparisteel plaque at the base can be engraved.
Production: Minor and limited. One dealer attempted to make counterfeits thirty years ago, and is now in prison for over 275 accounts of fraud relating to falsifying antiquities.
Material: Crystasteel
Description:

The Corey's were started by Mulash Kobiyak, dean of the Corellian Academy of Performing Arts in 2744 BBY. Since then, The academy has shut down twelve times, the most recent having been after the Gulag Plague devastated the planets population. The academy rebuilt in 639 ABY, and has annually been giving the awards ever since.

Although a majority of the awards represent Republic-natives, due to the Core World's love of media production, the large globalization of the galaxy has allowed for a best "foreign film" set of categories. The Corey statue is made of Crystasteel, weighs two and a half kilograms, and is about 9 inches in height. Most humanoid species can hold it one handed. They are durable, and designed to handle the test of time. They are very shiny, and surprisingly hard to get dingy or dusty, and are easily cleaned by wiping with a cloth. They reflect many shade of standard and unusual spectra of light, designed to do this to show "an artist's need to shift perspectives."

They also record exceptionally, glitter in the spotlight easily.

Some of the more noteworthy winners in galactic history:

S'vang Nunb, the Popular Sullustan actress and singer, was the first non-human or non-near-human to win a Cory, getting it for her role as lead Actress in the sweeping drama My Darling, My Dear, My Emperor.

E'lash Moiress was the first Methane-Breather to get a Cory, which he won for his soundtrack work on the musical The bugs within us all, a poignant historical holo-operetta taking place during the Gank occupation of Gand.

During the Clone Wars, Vashtar I'kuni was notoriously snubbed by the Academy after renouncing citizenship and joining the Confederate states. The award for Best Holo Director was In stead given to Melchizedek Thomas, who said "Vashtar deserves this and I won't accept it" during his speech.

During the Galactic Empire, the Corellian Academy often had to balance betwee appeasing Palpatine's propaganda machine and maintaining some level of independence. The awards were shut down in 3 BBY after voters gave the musical production award to a former member of "Deeply Religious," who declined the award in a remote press statement saying, "Imps are still mad I wrote Gamorrean hardcase, Ain't gonna give them a chance to nab me just to smile on the TV."

Nowadays, the Corys try to stand as an impartial measure of kindness, artistic merit, and fellowship within the community of actors. That, and it gives a "Violet Carpet" ceremony for all the press and actors to meet and greet and plug things.
The spirit of this sword is a shield that protects the weak!​

Character Bio
Approved. Looks like a joke submission, but I can see where you're going here.