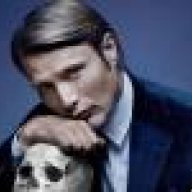 PRODUCTION INFORMATION
TECHNICAL INFORMATION
SPECIAL FEATURES
Strengths:
Weaknesses:
DESCRIPTION
The toxin that Hulrak is derived from can cause partial numbness to complete numbness in at least one limb. Many of the species on Antisoch are relatively small, especially in the desert wastes of the planet. As a result, they are able to bring down larger prey, such as the occasional Sociph with enough doses, by having hard hitting venom. While a single bite from the arachnids carrying this toxin won't be much of an issue, enough of the stuff can prove deadly for the foolish and unprepared. Regor Kalanic immediately saw the use of such a toxin in combat or crowd control and began working on a far more effective strain. Now, the name Tenderizer comes from the softening of muscle fibers that the toxin causes. This is a precursor to the arachnid consuming the victim. In cases of larger prey, it will even burrow inside and continue to administer doses in order to keep its prey docile. Should the toxin wear out and the victim regain movement, their muscles won't function as effectively due to the weakening symptom. This isn't permanent, however, and simply moving around is usually enough to restore the fibers to their original state after some time.

Though this is an effectively balanced toxin, I'm still rather uncomfortable approving it under such large production.

Please drop this to limited.