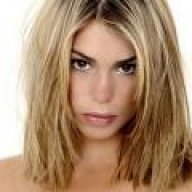 STRENGTHS:
Kind – Teagan is a kind soul and is always thinking of others before herself.
Loyal – Friends and family alike are Teagan’s number one priority; she would die for any of them if she had to.
Silver Tongue – Since Teagan has spent her whole life in her parents shop, watching them work the customers as a child and later working the floor on her own, she has picked up a few things. Teagan has a way with words, when she chooses, that even puts her father’s skills to shame.
WEAKNESSES:
Naïve – She has little experience in the world beyond her parents shop upon Tattooine. Teagan has never traveled off planet and though she has met many people in her parents shop, she still has no real knowledge of how the galaxy really works. Teagan could very easily find herself in a bad situation because she may end up trusting the wrong people.
Temper – Despite her kind nature there is an inferno of emotion boiling just beneath the surface. Teagan has a wealth of patience, but when her patience is gone it would be wise to get out of her way.

Teagan’s life is nothing to marvel at; it’s rather dull. Born to two natives of Tatooine she is the middle child in a household of 5 children. She has two older sisters, a younger fraternal twin brother, and a little sister. Her two older sisters left home when she was just shy of her twelfth birthday and now live upon Naboo, running a small shop together that sells fine jewelry. Her parents own a droid shop where they sell new and used droids, as well as parts.

Teagan grew up in her parent’s shop, always in the front of the shop learning all of her father’s sales tricks. Her brother, Mica, spent all of his spare time with their mother learning the ins and outs of droid repair. Life for the Jarhn’s was largely uneventful, much to Teagan’s dismay. All her life she dreamed of more, but her parents always tried to turn her away from such things. They told her that her place was upon Tatooine, in the family shop, because some day Mica and she would take over the business.

The prospect of owning her parents shop was finally what drove Teagan from Tatooine, leaving her brother and baby sister behind so she could chase the stars. Now Teagan works as a waitress for a luxury cruise company upon Spira, but she still thirst for more. She wants adventure and danger!