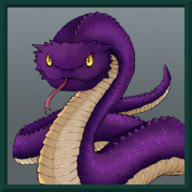 Character Bio
OUT OF CHARACTER INFORMATION
SETTING INFORMATION
POINTS OF INTEREST
SECURITY
High:
HISTORICAL INFORMATION
Sssar Taszzn had campus built as a location to organize, train, and deploy members of his project organization the Abiding Precept Constabulary. When meeting with construction firms for the building of the campus he stressed the import of having the exterior reflect the feelings one may have when within an ancient courtroom. The building needed to reflect a steadfast honoring of the law, a principled origin, and appear unassailable. To this end the builders chose to revive architecture from the Old Republic period from more chivalrous cultures hailing from Naboo, Alderaan, and so on.

With construction completed within a matter of months due to the advanced in droid construction abilities the first day of operation for Taszzn Station fell early after the attempted assassination of a Galactic Alliance Senator. With the building towering over many pedestrians but shocking small compared to the sky piercing towers of the surface the oddity of its existence began to circulate quickly among surface regulars near the Senate.
Last edited: Jul 21, 2021

Sssar Taszzn Solid submission overall. Just one small adjustment before I approve this:

​
Affiliation | Please link your character's bio instead of tagging so that there is a point of reference.​
Once that's done, just give a me a tag and I can stamp this one for ya!