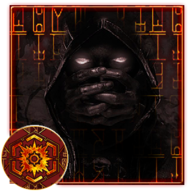 Character Bio
Along the dark alleys of Coruscant rumors of a monster were speading as Kezeroth made his travels to try to hide from the people. Even though this was impossible his height of 8'2 and weight of 550lbs made him a big target to be seen. His Biolinked armor had lights of blue on it aswell being in the dark looked odd on him. Each person he passed Kezeroth looked at growling making them run in fear. Voices in his heads telling him multiple ideas and actions. Kill that one, Yes! that one hes asking for it kill him. Growling more and nashing his teeth Kezeroth had trouble not listening to his own personalitys caused by his Sith torture. Grabing the nearest person he could find he picks them up saying in a loud deep voice " YOU! I can hear you thoughts you HATE me!" Another voice in his head talks to him telling him to actually read the boy mind. Kezeroth focusing hard but couldnt. At this point Kezeroth was having complete conversations with himself as the boy in his hand was screaming. His mother seeing this horror screams calling Kezeroth a Monster. At this point Kezeroth enters a primal state, a berserk rage comes over him. Throwing the young boy against the wall and instinctively called the force to augment his already bruteing Gen'Dai body to punch the boy killing him instantly. The mother screams and was crying for seeing her young son be murdered in front on her eyes and fell down to weep. Kezeroth rady to kill her soon became depressed after this and with the rest of his rage completely destroys a chunck in the wall, causing little damage to him self as he regenerates at a slow pace. Hear the mothers crys for miles on end through his super senses Kezeroth finally stops and sits in an dark ally remembering the gore and mayhem he casued a few miles down.

Few walked by him seeing only couple blue spots that glow along with his Yellow Crimson eyes. Eyes of a Darksider. 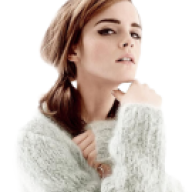 Alicia Drey was sat in the White Diamond, a casino owned by the Kingpin of Coruscant's undercity, [member="Christian Slade"]. She hoped to see the man soon- they had a wonderful time she had last been down here- and was enjoying spending the credits she had following the creation of Chandrila DataTech, which was proving to be a profitable venture. The last time she had been in the majestic casino, she had made contacts and had grown a little more powerful in the Force.

So why not this time?

Slade also happened to be the boss of the Black Alchemists, who worked as his enforcers and protectors. She had ensured Slade's rise to dominance on their first meeting together, having taken out the Hydra and other gangs who had chosen that particular night to rise against Slade and his gang. Her reward was complete protection- and in some cases, servitude- of the Black Alchemists, whenever she needed them; and so information that was rumored or circulating through the streets filtered back to her, when she was down in the undercity of Coruscant.

​
That was how Darth Ayra, her real name and identity, was stood at the end of that alleyway, watching Kezeroth. Her life as Alicia Drey was to continue her work as Darth Ayra. She was a Sith Lord and down here, in the undercity, among thieves and plebians that were in her pocket, as well as being a member of the Sith cult that ruled Coruscant, she felt no need to hide her Force signature.

And how palpable it was.

"I can hear them too," Ayra said aloud, towards the creature. Two yellow eyes gleamed from underneath the cowl of her robe; and they were locked on Kezeroth's own. The tips of her dirty blonde hair and ivory white chin were visible as well, the rest concealed by the cowl's dark fabric.
[Voice Sample] | [Theme]

Character Bio
Kezeroth still in his depression suddenly jolted and looked around, It was the Force telling him someone strong was near. Kezeroth only got this when he was on Korriban long ago, Flashes of his past went before his eyes. Standing to his full height he drew his Saber Pike ready. Hearing a female speak he growls. " Prove it... Sith. I have seen your past actions your kind made me like this!" Kezeroth leaning forward slighty showing a mutated Gen'Dai face in the faint light and Activating his Saber pike now showily all his body in an red crimson glow. " Give me one Reason I shouldn't slaughter you were you stand!" Kezeroth spoke with a itch of rage but he noticedthe voices in his head were quiet, at his Kezeroth grunts and looks around expecting to hear himself speak to him but there was silence. " What? Where are you! Speak to me! NOW!" Speaking aloud. He was talking to him self.

The ignition of Ayra's Lightsaber tore into the gulf between them both, a crimson light protruding the air with all it's power. The hooded Sith Lord stalk forward towards the beast. "How unexpected," she thought. "I didn't think I'd be putting a mere creature out of his misery. Oh well."
[Voice Sample] | [Theme]

Character Bio
Kezeroth roared at the activation off her Lightsaber. Going into a Instinctive stance of Shii-Cho holding his Saber-Pike now close to his chest ready for combat.

" Answer me Sith!" Kezeroth barked out while inching forward. Voices came back to him making him speakout " This one is Strong let us handle her." Kezeroth said with a struggle. Kezeroth joining his insanity merging mind to let another take control. Kezeroth blinks hard and tenses up, drooling and the intend behind his eyes changed. The air was thick was a bloodlust and aura of destruction.

Dashing forward Kezeroth throws himself to combat the Sith with a aimed sweep to the hip area by his Saber-Pike, Attempting to finish this quickly.

P
Beauty And The Beast

Beauty and the Beast

Feed the beast! Or... bandage the beast. Pick a metaphor.