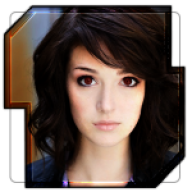 The anniversary of the Battle of Endor was a time of reflection for the First Order. The battle had long since faded into memory but the effects still shook the galaxy and their nation in particular. The First Order arose from the ashes of the Empire's defeat on Endor and the death of Emperor Palpatine. It was from there the Imperials splintered to form their own national identity and their own destiny in the Unknown Regions. It was the end of the Empire's unquestioning rule and the spark which led to the creation of the First Order in its earlier incarnation.

To mark the occasion, a Star Destroyer of the First Order's third fleet flew in the skies above the forest world while a ceremony in memoriam and hesitant celebration took place on the moon itself.

It came to a swift and tragic end.

The First Order were not the only ones to mark the anniversary of Endor. Who was responsible for the attack is still unknown but speculation arises that the time and place was significant. The Star Destroyer burns in the sky while on the ground, the Imperials are scattered. Help is coming but the rescue teams have a lot of ground to cover. For many, it will be some time before they saved.

In the mean time, they will have to contend with the horrors of the forest. Beasts roam the wilds, prisoners detained on Endor have been released and are ravenous for the blood of their captives and, worst of all, the man-eating natives have grown agitated and bold. With supplies low, the Imperials must depend on their wits and what little equipment they can find if they hope to survive until rescue.

The ones responsible for this tragedy shall be hunted down as the various Imperial agencies gather their information but in the meantime one thing is on the mind of the peoples of the First Order:

To find and rescue their people.


This thread is for sign ups, planning and general interest check in this scenario. Comment below if you are interested in playing a part. While the main focus shall be on the survivors there is room for rescue groups as well. Have fun and don't let the Ewoks bite.

I would like to be stranded on the planet, holding on for dear life as dozens of teddy bears swarm the flanks in the dark. 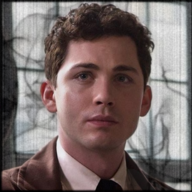 Character Bio
[member="Zai Avery"] is numbered among the prison escapees after his bounty was turned in on Gannaria. He will likely flee into the jungle to avoid recapture by First Order forces. 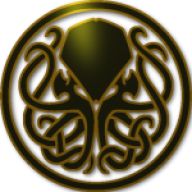 You know what? Why not, I'll join in, sign me up! It'll help me get back into the swing of things on the board and it'll be fun.
You must log in or register to reply here.

D
Is this the Endor the Beginning?