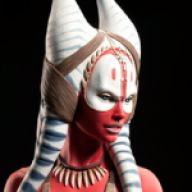 Strengths:
+ Constitution - She can take plenty of hits; well used to combat.
+ Strength - She is 142 kilograms of solid muscle, she can pack a punch.
+ Her background as a thief and a pirate has helped her gain skills in smuggling, thieving, and slicing.
+ Amazonian woman - She has that intimidating factor due to being so tall, plus the sharp teeth add to the illusion of savagery that she doesn't mind.
+ excelled at teamwork and the ability to associate with different cultures.
+ has the ability to sense the proximity and movement of physical objects around them by means of her hollow montrals, which detected space ultrasonically.


Weaknesses:
- Size - she can't hide very well beyond her natural Shili habitat because she is so tall.
- Size - She can't fight acrobatically due to her height.
- Can't be alone - has an aversion to isolation and made efforts to have friends around for companionship.


BIOGRAPHY:
Sumalee came from a rather wild upbringing. Hailing from Shili, Sumalee left at an early age to pursue a career beyond that of the tribes and clans of her homeworld. Smuggling and pirating became her new mantra; it was only after years of such a lifestyle that she came to regret her actions. She develop the Force at a relatively late age, unaware that her heightened perception and senses were a product of the Force.

Sumalee favors a lightsaber style of the contemporary Djem So, making advantage of her superior strength and raw power of the conditioned huntress.

Not a Holonet Browser 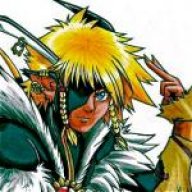