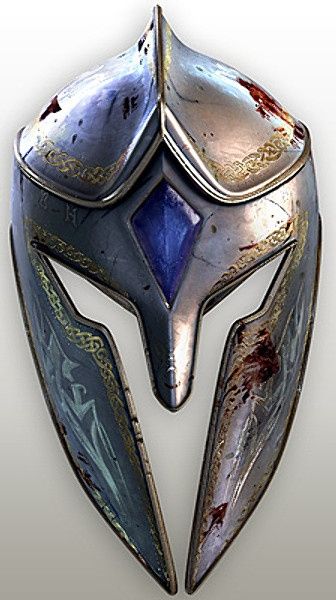 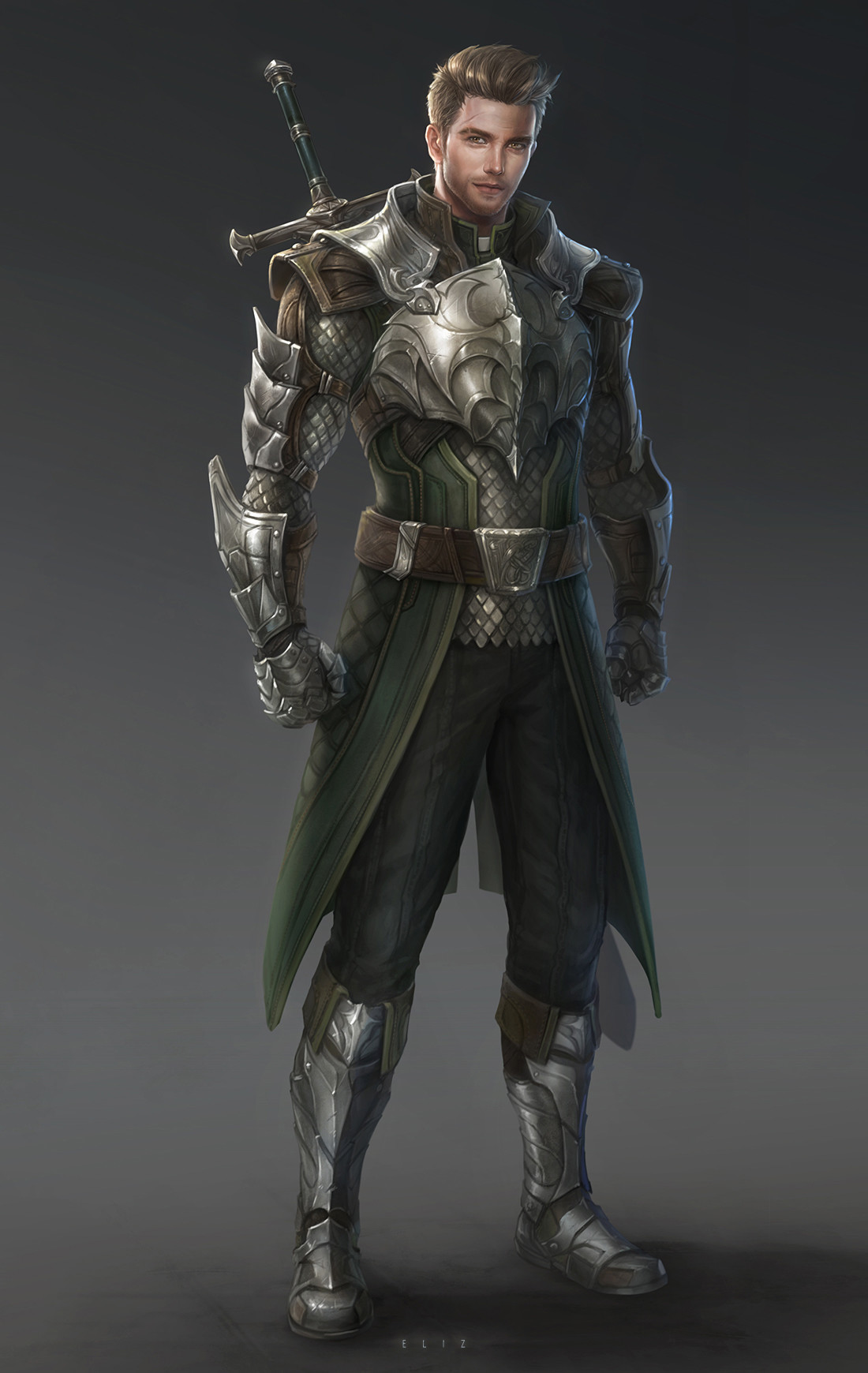 Armor for those who are naturally force sensitive do not have the Blue Stone Gemstone inlaid into the helmet. Instead, armor for these individuals incorporates a Kasha Crystal Gemstone inlay.

A suit of armor intended for use by Runi'verd who have become more comfortable with their abilities, Striker Skin, while superficially very similar to Second Skin, forgoes the emphasis on protection and instead focuses upon offensive or otherwise tactically minded enhancements. Chief among these abilities would be the somewhat odd enchantment that enables the wearer to effect targets and objects at range as if they were striking said target with their fists. Like many other force based attacks, this ability is unaffected by personal armor and shields. It is, however, unable to penetrate force barriers.

Like most armor designed by House Larraq Plate and Blade, Striker Skin offers an almost primitive aesthetic design. When worn, the first layer of this armor would be the armorweave padded cloth pants and a simple leather belt to secure the pants at the waist. Over this, knee high leather boots with armor plating is worn. Upon the torso, the wearer then adorns himself with a simple cloth undershirt with long sleeves that is kept tucked into the outfit's pants. Above this, tight fitting scale armor is adorned in three pieces. The first and second piece are arm guards that run from the wrist all the way to the shoulder blades on each arm. These are secured in place with leather straps at the chest and back. Next, a scale mail jerkin is draped over the wearer's shoulders and secured with leather straps upon either of the wearer's flanks until tight.

Next, the wearer adorns himself with a sleeveless armorweave jacket that extends just past the knees and is secured at the waist with a thick leather belt. This jacket comes with an open-chested design that is secured with overly thick leather straps. The wearer then connects these leather straps to thick leather armor padding that is draped over the wearer's shoulders and around the back of their neck. After this, two thick metal plates are secured upon the chest and over the shoulders. These two plates are fastened to each other with latches and the chest piece is secured with a thick leather strap around the back. Lastly, several sections of leather armor reinforced with metal plating are strapped onto the upper and lower arms, and a pair of gloves is adorned.

This one is a little more tricky do to the stealth, wall walking, and telekinetic punch. I think the stealth is fine really as it only hides from force senses, so let's skip that. The wall walking is similar to a spider climb witch spell and you mention that the user has to rely on their own body strength for it to even work properly so let's call that good. The telekinetic punch makes me think we're looking at a report waiting to happen, however, maybe we can alter some of these awesome ratings and make it slightly more balanced. Personally I'd look at bludgeoning as it's the hardest to protect against but let me know what you decide.

Dropped the metal plating's bludgeoning rating by one.
The wallwalking is no different from magnetic boots, other than that it can work on concrete and trees and such. Gravity is still pulling you down, so if you screw up your footing, you'll be dangling from your boots.

The punch thing... I kinda get. But it's a punch. About half the characters on Chaos think they're Rocky anyway. I can't really see people getting too upset about taking a punch or two, when you've also got people trying to force-crush lungs and hearts and such.

I have to agree. Pending secondary approval

To what degree are the ratings lost when within a FN field? Does this become basic clothing with a bit of piecemeal metal?

Most of the ratings fall into the High/Very High category. I would suggest including ratings for sonic, environmental, etc to indicate other ways to affect this armor.

Dropped plate and chainmail lightsaber resistance down from VH to High, to conform to final edits requested in the other sub.

This armor has no special protection against sonic or environmental effects. It's an open-faced helmet and nothing about it is environmentally sealed.

When nullified, resistances would be average-ish for the cloth and moderate/high-ish for the metal. Just... general resistances in-line with what's described in the Mandalorian Steel submission and the canon Armorweave wiki respectively.