In the wrong job for the right reasons. 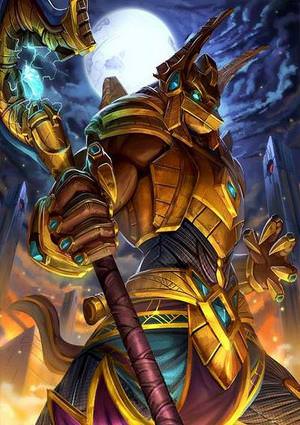 ​
"After the incident, I found myself in a state of limbo. Neither dead but nowhere near the sense of living either. As the galaxy kept turning, so did I. Much like things changed and adapted, so will I, in time. This new life I will lead serves as a cruel game of imitation; I never did anything for money before yet now it's the only end that needs to be met, all until I can get back upon my feet. All I know for sure is that I cannot allow myself to fall into the wrong hands."​
​ Soos, for all her history, seems to carry herself with a quiet persona both on and off mission. The Nelvaanian isn't one to often make small talk, typically only raising her voice to offer input when faced with a crossroads of proceedings, advice when requested or battle chatter to identify enemy combatants and generally communicating with her comrades. When alone or simply off the job, Soos can usually be found meditating, reading a book and generally keeping to herself; whether it's simply a desire to keep to herself or if there's some form of psychological disorder present, it acts as her shield and best line of defense against foreign ideals and actions that could possibly lead her into trouble or traveling down a path that she would be adamant against. On the battlefield, Soos is a combatant that tries to live by a code of honor of sorts, ensuring that typical battlefield conventions are upheld and that she or her allies do not become monsters or individuals that embraces the Dark; though if her hand is forced, she'll do what's right to end the problem as quick as possible, even if it results in a period of regret or self-reflection.

Experienced combatant in multiple forms of weaponry and techniques.

Force Sensitive, even if at the very basic level.

Sharp eyed, not much will get past her.

Steadfast within her beliefs and her affiliation with the Light Side of the Force.

Prior Injuries that, no matter how much treatment is done, will never truly recover from.

Relies heavily on brains and quick wits rather than brawn.

x1 Combat Armor
To go into combat with armor is like walking into any situation without clothes. Whilst not exactly special in any manner of speaking, built with rather average materials, it does the job it was built with in mind reasonably well but it's nothing special.

x1 Vibrostaff
Equivalent to a pilgrims staff, dressed up like a scepter, this weapon isn't the deadliest by any means of the word but can for sure knock a few ribs out of place or send someone to the floor. They do say the limits of the weapon are only created by one's imagination.


BlasTech are a popular household name when it comes to blasters and Soos managed to acquire an A180 to give her some bite to her bark, at least when her limited knowledge and ability of the Force and her staff fail. The A180 is kept in decent condition as well as carried with all the parts to configure the pistol into its blaster rifle, sniper rifle and ion launcher configurations; allowing Soos to adapt her weapon to the situation required.​
​

​
Extra Information​
​
Biography:​
​
Soos Ramona was born on Nelvaan, like the majority of her race. With her parents filling their traditions roles, her mother a clan maiden and her father a hunter, life for the young Soos was as average as it could ever be. With the events of the Clone Wars having been left in the dust and the land only known as the 'Great Mother to the species that inhabited it, giving them religion and a sense of duty to not only their clan but to the world beneath their feet, Soos was raised upon these ideals and was molded, much like her peers, under the watching and loving eyes of those that raised them. Of course, there was nothing significant that came from the young Nelvaanian's upbringing, considering the fact that unlike places such as Coruscant and other populated worlds, things on Nelvaan were rather simple, perhaps even tame beyond the Republic presence that remained on the planet. Things seemed ultimately peaceful, save for the daily hunt and ceremony for one occasion or another. Soos married when she came of age and everything seemed to fall into place. If events hadn't occurred the way they did, she probably would have had a happy life.​
​
Naturally, things took a turn for the worse. With her husband reported missing and likely dead on a hunting trip, she was filled with grief and a sense of loss that overwhelmed her. She wandered the wastes alone for days, searching for him, hoping that she would find him and bring him back to both their clan and to life. Her search ultimately remained fruitless and the hole within her very soul left her distraught, angry and ultimately wishing that she were anywhere but home. She packed her things and left, finding a way to travel off world by joining up with a Republic trade ship. Her journey took her to the heart of the Republic at the time, Coruscant, where she was taken in and processed. Her basic was non-existent as were many of her actual core skills; to this end she spent several years learning Basic, mathematics and other vital skills to make her not just a tribal but a fully functioning member of galactic society. The work was hard but the Nelvaanian seemed to carry a sense of zeal with her, which no doubt offered significant benefit. When all was said and done and Soos had no idea where she wished to go, she looked into signing up as a member of a militia group under the flag of the Republic. From that point on, she served as an Artillery Observer for them, coordinating with Clones and other species alike and using her sharp eyesight and utilization of the Force. Naturally, when Order 66 hit, Soos and her friends at the time remained hidden away as the Clones turned their guns on the Jedi that they had served proudly under for so long; if they were killing the Jedi, then knowing that Soos was a force sensitive would surely result in her death if they had found her.​
​
This, ultimately, led to the meeting between her and Korvan Toldreyn and the newly found Task Force Aurek. He said it needed an Artillery Observer and Soos was ambitious to continue with the foundation of her skills. It didn't take a genius to recognize that this was a prestigious honor to be granted, thus she accepted it with open arms. After heartfelt goodbyes to her previous unit, who stayed on to continue fighting their old friends turned new enemies, Soos joined with Task Force Aurek and served faithfully over the course of her time within the unit. During one particular incident, where she returned home upon the news of her husband's fate, only to find him hideously mutated and feral by falling deep into an abyss filled with the mutagen the Confederacy used that time ago, Soos was critically injured, a brush with death that left her hanging by a thread. Over the months that followed, Soos remained in critical condition as droids and medical professionals alike did what they could to save her life. They were successful, somewhat and the Nelvaanian opened her eyes after numerous surgeries and treatments. Several weeks later, she was back on her feet albeit somewhat unsteady.​
​
And so came incident number two, in the form of a hyperspace malfunction that sent the entire crew and their patient aboard the medical vessel through not only space but time as well. The remains ended up on a planet that Soos never really recollected, only that she was found and brought into the arms of people willing to help. Several weeks later, she found herself recovering for a second time, bandages wrapped around new scars that had formed thanks to the predicament with the medical ship. With no connections, no compass to direct herself with and only her force sensitivity, Soos set off to find work. She later encountered Minorous Traske, who took her in as a potential contractor and set her up with work within the Crimson Dragons and equipment to assist with the tasks she would no doubt undertake. It was mercenary work for sure but in a strange new world, she really had no other choice.​
​
Ship: T-65 X-wing starfighter​
​

In the wrong job for the right reasons.

​
Lost then Found | Private​
Soos reunites with a loved one​
You must log in or register to reply here.