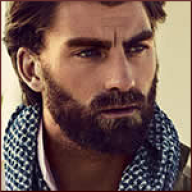 The Galatctic Alliance was on the way out, piloting wasn’t what it had once been, and most of Torch’s old wingmates had moved on. It was time for him to do the same thing. There was just one problem. The flyboy lived to fly, and wasn’t about to give that up. Many people in his position turned smuggler, but Torch was not up for that gimmick, a transporter maybe, but a pilot for hire who didn’t ask questions was always in demand.

Torch had always been good with not asking questions, until he had to. Like the one he was asking himself now, running away from three men chasing him and making imperial stormtroopers look like excellent marksman.

”What the hell did I get myself into,” he asked out loud as he ducked in the nearest alley way and into the storage of some cantina.

Great! Once he was sure he had lost them, Torch dusted off his jacket and walked through the storage area and into the bar. Hopefully if he was suave enough he would go unnoticed. A smug look on his face was the usual look he wore when sitting at the bar. This time it was no different. He looked over at the woman a few seats down from him, a Zeltron by the look of her and winked.

”Whyrens...” he said to the barkeep

About the time the glass was poured the three goons came back in. The barrel of the blaster was put to the back of his head. Torch took the drink, swallowed it, then turned around.

The woman sighed as she sat at the bar, running a hand through her long hair to push it back from her face. The last few months...no, years...had been a bloody trial. Since her Master's death doing the right thing had become even more difficult. The temptation was always there, to dip all the way to the darkside, to just give in and lose herself to it. The deep, festering desire to grab at the power that was just waiting there, taunting her.

But that spark of light remained in her somewhere, buried deep, in spite of everything she'd endured on Hoth. Magnus had nurtured that spark and pleaded with her not to lose that last bit of herself even as he lay dying on Manaan.

Kena blinked and stared blankly downward, fingers wrapping around the glass of her cometduster, barely noticing the spacer who came around the corner of the bar and took a seat a couple of stools away. She winced internally, though she lifted her gaze to at least take stock of him. His wink made her roll her eyes, and wonder why all the walking temples to ego seemed to find their way to her vicinity.

She shook her head and drained the rest of her drink, flagging down the bartender and asking for another as he served the blonde a Whyren's. Kena was out of her seat even as she heard the blaster being withdrawn from it's hoslter, and by the time it was put to the back of the guy's head, her hand had latched onto the wrist holding it.

"Boys, I am not in the mood for your chit tonight. Walk away and let me buy you a drink, or I break your wrist and your face. Your choice, really."

The three glared at her, one of them scoffing in a language she didn't understand. Which, she didn't need to...the greasy looks they leveled at her were unmistakable. Kena heaved a sigh and tightened her grip until the spacer shrieked in pain, her free hand plucking the blaster out of his nerveless fingers and crushing it with a profligate use of the Force. Her gaze darkened, flicking with tendrils of energy, one of the remaining pair catching his screaming friend while the other tried to throw a punch at her.

The woman laughed ruefully, dodging it with a swift movement and a flip of her hair over her shoulder. For his poor execution and the use of Huttese curses that she actually understood, Kena used the Force to grip his family jewels and squeeze tightly enough until he dropped to the ground. She released him at that point and gave a glare to the only one who remained upright.

"Get out-" she didn't even have to finish before the three retreated as quickly as their injuries would allow, leaving her to curse at them under her breath, the string of Huttese impressive in length and variety alike. She returned to her seat only after the door closed behind them, giving the blonde another, lingering glance. "Made some friends, huh?"


[member="Kyle Torchwood"]​
You must log in or register to reply here.

Soldier of Fortune (Rekali the Hutt)

Private The Fortune of Fortunes