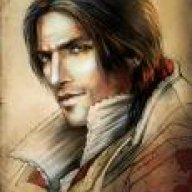 Well, this thread was originally a lot longer and it explained much more about me, but then I pressed backspace once and somehow deleted the whole thing and went back to the board index, (ah, internet) so now I'll get straight to the point.

I've just discovered this forum and I'm incredibly excited to get involved. However, I'm unsure about the nature of factions. Are they comprised only of the players who are a part of them, or are those players merely significant figures within that faction? I ask this because I took a look at the ship creation board and found that ships had been created for factions besides the ones listed in the source material.

I guess my real question is, is this forum based solely on a personal level of roleplaying, or is there some sort of mechanic for controlling large entities?

I guess you have to look at it from the stance of: the forums are not solely based on factions in my opinion. Factions are a good way of getting RP experience, that is for sure with invasions and all that. But the factions don't necessarily have control of all the mechanics. You can have as many side RPs about anything you want to include personal duels, just doing things that seem interesting, and creating technology to benefit either yourself or the community as a whole.

Now anything beyond that, I recommend factions because they allow gateways for player growth and development. As for character significance, well that depends on how many people like you/the RPs you take part in/your character's IC (in character) power. Beyond that. This forum is what you make it.

Feel free to message me or post more questions here if you have them.

Note: Most of this is my opinion, but should be relatively valid.

Character Bio
Ok, cool. Still, I'm confused: do factions comprise only of players, or are there other "assumed" people in it as well? So, is a player created faction merely a group of 5 or 10 or 50 people, like a gang, or is it a larger entity?

Well. In an RP you can use npcs. But no, a faction is purely player based. The Sith Emperor is a real person who leads a life. As for being a larger entity, they still represent the power houses of factions seen in canonized Star Wars. Try not to over think them too much.

Example with NPCs: I have 8 "droids" they appear in my RPs, but are not assumed as being in any important position.

Character Bio
So, factions do include NPCs? So, as an example, if I were to create a faction, and get 10 of my friends to join, would I be able to build up armies and ships, taking control of territory and stuff? Also, thanks for the quick replies!

Character Bio
Welcome to SWRP! Your questions are a little esoteric, so let's see if I can work out how to answer them. It'd be a lot easier to do if you guys weren't playing post tag, but I'll take what I can get.


nerdymidgetkid said:
I ask this because I took a look at the ship creation board and found that ships had been created for factions besides the ones listed in the source material.
Click to expand...

We've had several factions come and go on this board. A minor faction is a group of like-minded individuals, while a major faction is a group of a specific size that controls political territory in the galaxy. If a major faction can't maintain a certain level of activity and population, it's recategorized as minor. A lot of people seem to think that this means the faction is "dissolved" and stop RPing them, so we have some tech for factions that aren't currently being used on the board.


nerdymidgetkid said:
I guess my real question is, is this forum based solely on a personal level of roleplaying, or is there some sort of mechanic for controlling large entities?
Click to expand...

The aforementioned faction system. It's entirely optional, but it's a good way to get involved in the site.


nerdymidgetkid said:
Still, I'm confused: do factions comprise only of players, or are there other "assumed" people in it as well? So, is a player created faction merely a group of 5 or 10 or 50 people, like a gang, or is it a larger entity?
Click to expand...

A minor faction is a group of PCs and whatever extra NPCs are needed for scenery. A major faction is a political nation, and thus includes a lot more NPC scenery. But that stuff only matters if the storyline requires it. This site is about RPing, however you want to do it. If you want to be involved in all of the political faction stuff, then yeah, sure, this is good to know. If you'd prefer to just do your own personal storylines, most of the faction content isn't necessary at all.


nerdymidgetkid said:
So, as an example, if I were to create a faction, and get 10 of my friends to join, would I be able to build up armies and ships, taking control of territory and stuff?
Click to expand...

A major faction requires seven unique writers with more than 50 posts each, once at creation and once a month for check-ins. However, it's suggested you have some storyline behind the creation of said faction, and not just randomly jump from nothing to ZOMG I CONTROL PLANETS.

That's debatable. No, you can not use your armies as super powers to rid the galaxy of foul Jedi. But neither are they useless. A good use for NPCs is doing the meaningless stuff that no one else really wants to waste their time doing.

Edit: Ignore this. Listen to the goddess that posted right above me

Feel free to keep asking questions. Someone here will answer them, whether or not a big red staff tag is included. Our PM boxes are also open, shouldst thou requireth a more private environment.

Character Bio
Alright, thank you very much! I think I understand a bit better now--both major and minor factions can be player created--the former usually involves NPCs and is a large organization represented by the players, a minor faction is merely a group of players--is that accurate? As for me, I'm interested in both sides of things. The RPing background I come from is entirely political based, but of course this is Star Wars and I'm as much of a sucker for storylines as anyone. Thankyou also Karsh for the "post tag."

Oh great and powerful Fabula, your wisdom is beyond that of the wisest men in the universe. You are the one and true deserver of all things good. Thou shall be revered throughout all ages of this forum!

NPCs are wherever you want them to be. I use them, and most of my stuff doesn't touch factions. Can't stand the politicking. NPCs aren't some quantifiable resource. They're simply whatever scenery you need for your thread that isn't a central player character. By merit of sheer size and area of influence, major factions will have "more NPCs," but that's not something we normally count. No one cares how many trillion bodies a given faction has to its name unless those trillion people become story-relevant. It's all based on the story, not the numbers.

Except the Fatory, which is like 99% numbers, 1% people actually caring about storylines. Much to my chagrin. <_<

Hey no problem bud! I was awfully confused when I came here, so I try to help others now that I have something of an understanding.

SMASH!
You must log in or register to reply here.

Hi I'm new and I have questions

Hello and a few questions.

Claws, and Teeth, and Purple Oh my!