Smithing together the Future in a Duel (Yasuo) 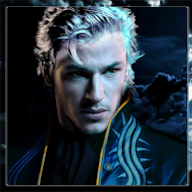 Standing waiting, dressed in white as white could be attire, not a spot on the battle tunic, white boots polished so far that you could see your face in them, catching the light in a white brilliance. As an acolyte of light, Taiden Keth would have to learn the saber, his chosen style would eventually be Vaapad but a novice needed the basics in every single form to learn vaapad effectively, to intricately know how to counter the other styles. Keth's were all about using their opponent's force against them.

Today he had a double training in mind, he would fight in Shii-cho and practice the Force Affinity technique to regain his endurance, which would in practice eventually make him extremely difficult to tire. With the power of force affinity, Taiden might be able to fight for hours on end if used correctly, for a Traditional Echani nothing could please him more than staying within the melee for hours, his silver eyes shone with the prospect.

Handling starborn, his first ever weapon of such magnitude, a silver lightsaber, he rolled in around in his grip to get used to the weight. All the weight in the hilt made it difficult to adjust to for someone so used to bladed combat. Awaiting his training partner, poised and ready, the Echani brought the beam to his side, pointed down.

Yasuo arrived at the location at which he would train with @[member="Taiden Keth"]. He was quite impressed by the appearance of his training partner, who was probably wearing the whitest white Yasuo had ever seen in his life.
Just standing near Taiden made him feel as if he was in the company of a noble general, representing his country on the battlefield. That made him feel as if he was some expendable warrior, but Yasuo didn't mind that. He didn't care who his opponent was, as long as they were a skilled fighter and Taiden was an Echani. Yasuo had already heard a lot about the Echani. They were very skilled martial artists and strong opponents. It would be quite the challenge to win this duel. Although Yasuo was a skilled fighter as well and wouldn't go down so easily.

''Sorry for being late. I'm guessing that you're ready to begin our training?'' The young padawan said.

Character Bio
Songsteel Goal remember to: Consecutively rhyme the last word of every other sentence in a paragraph in every post for the full duration of a duel against a Force User player character. Starting now.
Before he could answer, to the side of them both a hologram appeared, a voice describing the basics of their styles, different for each, it would repeat each move, and for Taiden's benefit show him exactly what he needed to do, not just tell him.

When the other man entered, Taiden didn't answer with words he answered with action, that was an Echani's way, with a deep bow of the head, silver eyes staying locked with the other. A combat circle, that virtual fighting space between two opponents. Starborn was held out diagonally ahead of him, across Yasuo, cutting off as much of the combat circle as he could from his opponent, denying his dueling partner space to attack. This was what Shii-cho involved, boxing a fighter in and limiting their ability. The voice continued reading off their styles and form to them both as they went, talking through it.

Bringing the saber to his head, he saluted @[member="Yasuo"], and waited for him to be ready, watching the display ahead. Around his body he moved the saber in an honor slash, inverted around his back and up over his shoulder in a long movement of the blade, aimed back down towards Yasuo. Taiden's technique was good but the move was slow, he had poise and posture, but a lack of experience, the weight of the beam was still feeling hard to get used to, but the rebirth of his name required that he did. In reality he had youth, purpose and drive, but still was just nineteen, that drive and ambition often detached him from most people around him, consumed in his training, always.

I assumed the rhyme pattern is ABAC, so that every third sentence has to rhyme. Plus I'm no good at rhyming in English so go easy on me.
Yasuo activated his golden blade.
He entered the ataru opening stance just as the hologram had instructed him to do.
He wanted to show from what he was made.
That's why he wouldn't loose.

He had wanted to learn the 4th Form.
Since it would allow him to use a very aggressive form combined with a very defensive form.
Also this would make him look like a storm.
A storm made of many lightsaber attacks that constantly hit the enemy without pause.

And now was the perfect time for it.
He had a strong opponent.
He would have to use a lot of wit.
Otherwise he would be defeated easily.

Yasuo stopped thinking about his ambitions.
He was here to fight after all.
He wanted to be have some good conditions.
That's why he took off his shoulder armor.

He caught one last breath.
After that he would initiate the duel.
To do that he made a quick slash @[member="Taiden Keth"].
Yasuo hoped that he could catch his opponent off guard, by making a sudden move.

Character Bio
Shi Cho's body target zones were read off next from the droid, splitting up the body into a circle with a cross, five forward target zones, including the head, and then the back as the 6th. Going for ideal form, trained and honed. Taiden had all the theory but when it came to it... no saber experience. He saw the stance moving long before it happened, all Echani read from motion, readying his stance firm with a bend of the knee, but he had never hit a lightsaber before, swinging across the center of himself, a simple movement and a strong foundation greeted Yasuo. Unlike other's he met, Taiden's foundation would be everything, the legs held firm, but his saber was easily knocked aside by Yasuo, retreating back a few steps.

Re-orientating his stance, to be forty five degrees on. The Echani made himself harder to hit from his opponent, further finding the form. Stepping in, a Sun Djem mark followed, a disarming slash. A strong swing from diagonally and down, aimed straight for his opponent's lightsaber hilt, to try and disable it in move two. A mark of a Shii-cho duelist, was to win without injury. This was all shown to him by the projections ahead, the droid reading off the instruction as he went.

Taiden's eyes studied @[member="Yasuo"] carefully, reading him from within the duel, the more they fought, they more he'd begin to understand him, because that was how Echani communicated and read others.


You are doing great!

Yasuo had expected his opponent to block his attack.
@[member="Taiden Keth"] had held strong, but not by using his Lightsaber.
He blocked Yasuo's attack without stepping back.
The young Padawan guessed this could be because of the Echani's footwork.

He wasn't sure about it though.
But before it was time to find that out, he had to dodge Taiden.
If he didn't it would be the end for his weapon's golden glow.
A backwards ton su ma would certainly do.

He dodged his opponent's slash.
Now it was time for an attack of his own.
He wanted their blades to clash.
That's why he used his momentum to jump into the air.

From there he smashed his blade downwards.
Their blades would clash and he would be able to tell where the Echani's strenght came from.
He also wanted to drive his opponent backwards.
That way he would gain some more ground to which he could evade.


thanks, I have never really written anything that had to rhyme before, especially not in english.
You must log in or register to reply here.

A Light in the Darkness. A Hope for the Future. (AoL)

A Deal For The Future (Spencer)

The Silent Stick Together {Katar}
2 3

Duel of the Acolytes