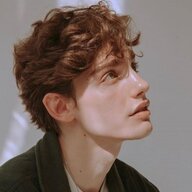 Character Bio
As a recently promoted Sith Knight I've decided it's time to seek out a (new) student, but more so than this it would be someone to connect with, someone hoping to actually grow and develop their character, interested in storylines and plots rather than the jump to Knight.

While Kara has an Apprentice, if you can call him such, it's extremely hush-hush and unheard of within the Empire, in fact she has had him since before she was Knighted, without the knowledge of the Empire IC. While I love my Shadow-Apprentice I'd like one to train in the eyes of the Sith, and also one to divulge in potential storylines with my other student, @[member='Thyrian Ashborn']. Yet as I say, this requires dedication to the character, the Faction and the Apprenticeship itself. Basically, I'd rather not have someone bail mid-way through to claim Knight before they're ICly ready for it.

To some that may seem a big ask, but it's not for everyone and I respect that. As such I'm appealing to those of you who are big on character development and long-running stories.

So, who is Kara? The simple answer would be to give you the link: Which is here but there is so much more to Kara than I've expressed in that single biography. She is an Umbaran, one of the most deceitful species' in the Galaxy, and uses this to her advantage. While being a Knight she is still only fourteen years of age, which to many might raise an eyebrow of disbelief ICly, yet it was hard earned and undisputed. Her strength does not lie in bladed combat, outside of Makashi which is much more graceful than your average form, HOWEVER she has experience teaching/training others to the point where even if it's not her strong point, she can make it yours.

She is also heavy on the subjugation, using everything in her power to manipulate and bring someone under her control. It's how she claimed her first Apprentice, but not necessarily how she will claim her second. But her strongest point, which in truth ties in with this, is her Telepathic abilities, which she uses alongside the manipulative skills. She's a manipulator through and through, but works from the shadows, often having others do the work while she pulls the strings, although not always. So don't expect a plan that's being plotted to come into fruition immediately, these things take time...

Back onto the subject at hand, after all the link is there to view, I'm seeking a dedicated student of the Force who is willing to learn from someone who is most likely going to be younger than they are, and also not be adversed to working alongside a man-of-fire, that is of course Ashborn. All I can promise you is that it should be one bumpy yet fun ride filled with mystery and intrigue which will keep you busy (not in the bad way) and never at a loss of what to do.

Of course I won't be your apprentice, but I can look around for you and see if anyone's interested.

Character Bio
I would appreciate that greatly 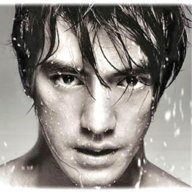 @[member="Kära Vi'dreya"]. I would have been more than delighted to have had you as a master. Perhaps, we could still RP something sometime soon.

Of course, any time that you wish dear. I'm always up for more roleplay with Kara.
You must log in or register to reply here.

Seeking out a Jedi, Sith, Neutral, whatever
2

Looking for a Dedicated Apprentice