Silence of a child

Tatooine was a harsh desert planet. The sand would get everywhere, regardless of how much protection you wore. A Sandstorm was brewing in the west and was moving ever so closer. Even from the city could hear the roar of the winds moving, the ground vibration that was caused by how large the storm was. It could last a few hours, to possibly a month. Yet, a boy walked alone. His lower face covered with cloth, and his ever so red eyes looking out wards. He knew only one emotion, I knew only one emotion.

I had know of it since birth. My parents, The gods bless their souls, hated me for who I was. A vampire, a person that drained the life from a person to survive. Sticking out like a sore thumb, I had my left arm covered in a sleeve, including my hand. However, my left was like a tank top. Cut off at the shoulder, just where my deltoid muscle would show of my blood red tattoo. As a child with tats and piercings on my left ear, I was not someone most people would like. Having no weapons on me, not even a book bag, I carried only twenty credits in my pocket. For a child that was alot. Stolen they may be, taken from victims of mine. Each of them now lay somewhere without their life, a cold husk of their former selves. And even with that, I felt as though I had absorbed their souls into myself, hearing their screams from my fury and frenzy of power and strength. Taking my time I walked into a bar, Even though I was only 14, I could somehow pass the guise of others there. Looking older than I really was. I sat up on the bar and the waiter walked over to me, and set a drink down. I asked for water and was given what I seek.

I had taken only a few seconds to drink my water and wet my lips. Being on this desert planet was dry, and even though I needed souls to sustain my life, I also needed water to keep my body healthy. I started to get up when a burly man walked over, Donned in brown over cloak that most likely hid armor that was beneath, he grabbed my shoulder and slammed me against the wall. "What is a Child doing in the bar?" I guess my luck had ran out. "Maybe I should teach you a lesson that your parents couldn't? How about that laddie?" I shook my head and let my hands open slightly. Looking at the man's blue eyes, did he see my red ones. Knowing something was different about me, he let me drop.

I let my hands out to my sides and watched as the man's expression change from confusion, to fear filled with with wonder. His aura around him showed that he had became angry the next second. "Fething Freak!" He grabbed my arms and pinned my body to the wall once more. and before he could slam me, I had twisted my arms from his grasp. and before he even realised what had happened, my claws had elongated to their fullest extent and sliced open his Adam's apple.

He griped at his neck moaning as he could not form real words by my slashing of his voice box. His hands covered in blood, only made my lust grow. I had jumped on him and already had pulled my face cover off and sank my teeth into his neck. licking up all of the energy of life that he had. That was when I heard screaming, and yelling. Another man had came up to me and with the butt of his rifle slammed my head.Ears ringing, vision blurring, sounds messed up, but the pain stayed the same. I could feel myself being dragged up and thrown out of the bar. Dust flying into my mouth to soak up some of the blood that was on me. I coughed when I looked up to the door to see five men standing. And without a single word, then began to beat me. 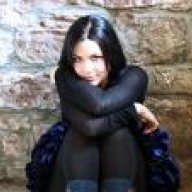 She had been in the same bar when she seen it happened. She just watched for a moment, she seen the little boy kill and than bite the man. She was about to step in when some men jumped up and attacked the boy, throwing the boy out and walking out. She knew what they had planned. She walked after them. She could see them beating the boy. She pulled out her lightsaber and turned it on, it's blade the color of violet. "Leave the boy along or you won't live to see the morning..." She told them, with a edge to her voice. She was not in a good mood.

It had only been a few sort seconds when a hum and a light had entered my senses. One of the men stopped. I could not tell who it was because my eyes were already swollen shut. With my blurred vision I could see a person with the glowing weapon used my force users of the Galaxy. Her words pierced their ears like a beast of the light. Still two of the five men stopped to look, and that was all that I needed. I used my senses of feeling to see within my powers that the three men still beating me were at the side of me and one at my feet.

In the darkness of my closed eyes, I saw outlines of their entities. Each a dark shade of color that resembled darkness' heart. Letting my claws revert back into my hand, a foot came down to slam at my face once more. Only with the speed unlike any other being in the galaxy, did my hand shot up and grab his foot, And with a twist of my wrist did his leg snap followed by screams of pain. The second man came down to punch me and as he did so, I grabbed at the back of his armored head, and yank him down and fall into the sand, Gripping the broken leg, I yanked with both hands to my right and pulled the man to slam down ontop of the second. With a quick turn, I stood up and moved my hands up to be open and infront of my body. Ready for more.

The boy was able to get 2 of them off but there is still one man still on him. She could see 2 of them running towards her. She rushed forward with the supernatural speed of the force, stepping to the side, and than leg sweep one of them, and than used force choke to grab the other man by the neck, lifting the man into the air, and than slammed him agansit the hall 2 times, than let him drop to the ground. She endded the man's life with her lightsaber. Without turning around, she ducked when her remaining attackes tried to attack her from behind. She stabbed her lightsabers behind her, spearing the man behind her in the gut.

She than looked to see how the boy was doing with his attackers.

As though on cue, The man who had slammed the but of the rifle into my face was rushing at me. His outline very quick for a man his size. I smiled as he neared. He sent a right hook to my head once more, only for me to drop on the ground, slide under his legs, and spin around to face his back. With a grab of his clothing, I lifted him up into the air with my own strength. and slammed him down head first into the sand. Neck snapping and head buried in the sand, I knew he was long gone. Turning around, I saw the other two men stand up. The one with the broken leg dug into his cloak for something as the almost fully healthy man rushed me. I flattened my hand and launched it at his neck, then sent a knee to the fork of his legs. As he bent over I could see behind the man who had drawn a pistol. A lightsaber flash to impale itself into one of the men.

Pushing the man that leaned against me back up the blaster bolt slammed home into the back of the man. making him grunt, I placed a hand under his chin, and on his crotch, and flung him up into the air, he only went 3 feet above my head, but it distracted the man infront of me. Before he could advert his eyes, my speed kicked in and I looked of a blur as I let my claws elongate to stab into the man's neck. then grabbing the blaster pistol, I flung it from his hands. As I did so, I could hear the loud thump of the man land on the ground. I wicked smile spread across my lips as I rushed once more and lept ontop of the fallen man. He was wide eyed as I shoved my face into his. and slowly I spoke with a whisper of a child, but words of a sage. "Many who fight the unknown, will become unknown." And with a snap of his neck I ended his life.

With the alloted time that had taken place, some of the cuts and bruises I had gotten were already healing. However, I had used alot of energy to fight the men off. And seeing that I leaned down to the man opening my mouth that watered for the life that the man still slightly had. Only had I looked to my right to see the woman standing there watching me. Closing my mouth, I covered it back up and stood up to stare directly at her. Debating if I should end her life as well. She knew that I was not normal. Already I was strong, fast, and deadly at the age of 14. but she had helped me. I was at a crossroads. Looking at her, and her aura. It was nether dark, nor light. Filled with both. Yet emotions flew around her of wonder and curiosity. Ether at me, or the way that I had taken the men down.

@[member="Sasha Wade"]
You must log in or register to reply here.

Through the Eyes of a Child

The Sound of Silence

The Child of Myrkr (Mandalorian)