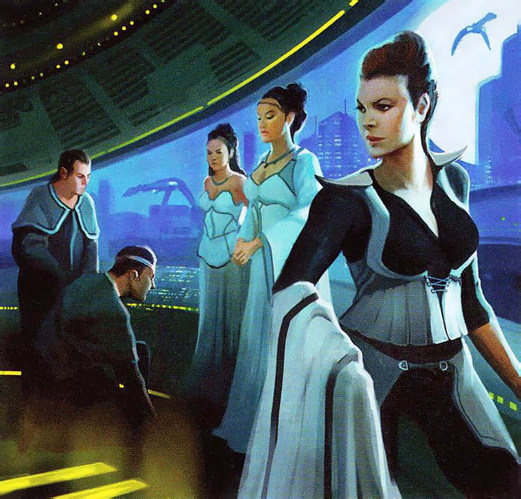 HISTORICAL INFORMATION
Founded within the Consortium when they were staying within Isolation. The Queen Mother Allana Badeaux noticing that despite jedi, sith or other force orders not being able to come in or influence them. Force sensitives were still coming to exist so she founded an academy on one of the lesser known worlds. THey were made with intention to controla nd focus the force sensitives who had been collected for their beauty by the pirates and stolen away to the hidden worlds.

Their training was designed to be intense, powerful and at times even outright savage but the recruits and ones who could pass the trials fashioned eventually their own force blades and weapons. THeir training skills in physical enhancement, body building and sculpting and naval warfare as well as ground engagement rival's the Hapan royal guards with some exceptions. The most notable being that they do not wear veils. The Trials that many of them go through to become strong and participate in internal games that test their skills.

The other big distinction is that they are loyal to and answer exclusively to the queen mother herself. Being an arm of the military but they are without the oversight that normally comes to other divisions. THe Nidan Ereneda are called without equal for a reason. Even when the queen mother allied with the empire they were still able to hold out and survive because of their skills. Taking a more secluded place within the consortium and waiting until the new queen mother called upon them again.

The creation of powerful families of spoon benders as one queen mother had called them is important. Like most of Hapes beauty and breeding are an important part of their ritual. The knights of the order are allowed to marry when they reach fourteen should they wish but are generally encouraged to wait until eighteen to let a match be found for them that will produce the most beautiful and powerful force babies. THis was one of the mandates along with many of the regular Hapan traditions.

The children when being trained are taught policial skills to survive in the consortium, education for starships, math, sciences, chemistry, interpersonal and history are there but so is a hardline adherence to Hapan ideals. No man shall rule over them again and it is their duty to protect the Queen Mother from outsider influences with isolationist doctrine. The final biggest thing is the rite of Annulment A rare act, if joined together the female retains the right to divorce should a child not be conceived then a new husband can be chosen.
Last edited: May 30, 2021

Allyson Locke this is ready to be judged 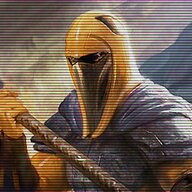