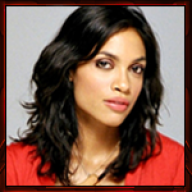 + Poison Tolerance - Ruza naturally has a higher resistance to poisons and toxins due to her Korun heritage.

+ Empathy/Emotion Projection - Due to her Zeltron heritage, Ruza can naturally read emotions and project emotions upon other beings.

- Hatred of men - Life as a slave has taught her the ways of men. (or so she believes)

Ruza is not a very tall woman, but what she lacks vertically she makes up for in her mental ability. With a pair of dark almond shaped eyes, hardened by the years of abuse. She looks at the world in a ponderous and careful way. She's only about 5 feet tall at 90 pounds of lean muscle, stronger than she looks, she tends to surprise those who jokingly commanded her to move heavy objects. Usually seen in her slave attire when in sight, either serving her current master, translating to/for her master, or dancing to attract customers. Her hair usually tied back in some sort of alluring fashion, if it were up to her she would have it shaved off so she wouldn't be as easy to grab onto. Her dark silken skin had been made hairless at one of her previous master's will, although left her scarred in places, it was hard to tell which scar was from what. The only place she has not been scarred yet is her face, although has been threatened many times.

BIOGRAPHY:
The story of ones life always starts with where one is from, usually it begins at mother and father's baby making dance. Usually one would hope that their parents fell in love in some sort of magical night, and lived happily ever after. In this case, Cassiopeian and Jemini met in a cantina late at night, Jemini was a handsome Korun who just happened to have sold the last of his captives off as slaves and was looking to spend the money on some cheap dancer when he spied upon a drunken Cassiopeian. Who was drinking her cares away after the loss of her husband in some sort of freak accident that was not fully explained to even her. Jemini smooth talked her into his bed for the night, and of course left before she had the chance to awaken to realize the mistake she had made.

Of course Cassiopeian continued on with her life, as normal, going from place to place piloting various shuttles and other miscellaneous ships she had been assigned to, when she noticed a few months later that she had been gaining weight, getting sick, as well as having odd cravings, which is when she realized that she had been pregnant. Overjoyed with the news of her little one, she did not question where the pregnancy came from because as far as she knew, it was the last thing she had from her husband. Despite her family and friends concerned words she kept her baby with her on trips, never letting little Ruza out of her sight. Without any problems with multi tasking her piloting with her parenting she managed to bring up a very well behaved and sweet little girl.

On her fourth birthday, Cassiopeian was in the middle of piloting a colony transport from one destroyed planet to safety. Jemini, who was the cause of the destruction of several fairly small colonies, was gathering new slaves for trade. Personally followed the ship that had just slipped out of the sight of the ground team he had sent to gather stragglers. Awaiting until the ship was placed on auto pilot for the night. Boarded the ship, and destroyed all who fought, imprisoning the weak, and when Jemini recognized Cassiopeian, he was quite amused with the fact that he just so happened to run across her after four years. Took her as his own personal slave, Cassiopeian fought but failed to saved her daughter, who was almost literally ripped from her arms and taken away. Sold off to serve the sick and twisted, pedophiles, and just plain rude, unsavory individuals. Throughout her many years of being passed around, she has learned many different languages; Basic, Bocce, Twi'leki, Huttese, & Shyriiwook.

~The girl that threatenized the window.

**Once a slave, not always an obedient slave**

[font="'courier new'"]I love everyone! I love to be around some people, I love to stay away from others, and some I'd just love to punch right in the face![/font]
Click to expand...

Ruza Deveel​
You must log in or register to reply here.