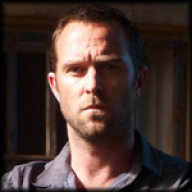 A member of Razor squad utilizing the RS16 during a training event.


OUT OF CHARACTER INFORMATION

With Razor's squads mission set, Setter realized that new rifle, based on earlier Republic Special Forces designs, would be needed. After lengthy designs, Setter settled on the RS16 design for the mission set of Razor, specifically the stealth aspect of their missions. When it comes to breaching, ship-boarding and recovery missions, Setter realized that superior stopping power and suppressed weapon systems were in favor of blasters, or shatterguns, or any of that sort.

The RS16 is the pinnacle of a professional's weapon- accurate. Quiet. And lethal. However, with the lethality aspect comes the fact that it is meant for professionals and experts, this rifle is hardly befitting grunts or the work that run-of-the-mill infantryman do.

You have your rate of fire set at High but you have as a weakness that it needs to fire at a lower rate. Clarify which one you want it to be and get back to me, please. Thank you.