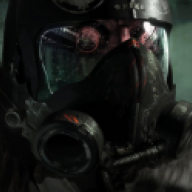 Character Bio
Edwin looked around frantically as he search the whereabouts of his area. Kuul'ket, or the officer who had taken him down so easily were in his sight. He muttered a curse at how easily he was taken down by a non-force user.

Edwin heard a laugh and immediately reached for his lightsaber, largely on edge. But it wasn't there. Nothing was there. And as if in rhythm with the sudden thud of his heart; streaks of color strode into his vision. His eyes settled on a being whom where the color originate from, filling the dark expanse until it became the flourish of a dark jungle. Rain pelted the area with a vicious vigor. The dense foliage reminded him of his time on the Demon Moon of where he had met Neivon; and what had sparked the beginning of their temporary alliance.

Now appearing beside the robed being were two statues of gravel texture. One appeared with a boasting magnificence. If was no doubt a military officer. The attire's affiliation was unknown, but there was a sort of charm to them. Confidence glowed in the stony eyes as they stood tall, as if for respect for the robed being. One could've mistaken it for being newly built if not for the other across it. The statue appeared worst for wear, it was missing a leg and half its face. One could've been surprised it stood at all. It wielded two lightsabers upon its wrists, yet bore a face filled with hatred and agony, matching a hole which pierced the figure's chest as if stabbed from behind.

"I was wondering when I would have this opportunity to speak with you ever since you decided to foolishly go to Dromund Kaas." The being guttered. "Sadly it seemed a little irritant got to you first and has made you an unfortunate puppet"

Edwin's eyes stared with confusion. "Who are you?"

"You must learn to understand: What's best for me? You think the lightside taught by a Sith is the best answer. You yearn to fit in with the rest." The being turned, revealing yellow glowing eyes, the same as Edwin's, yet glowing more cruelly as the darkside corrupted their face. "Doing your duty," The robed being bitterly said "Will help with nothing. Look where such motives got you. It has been nothing but empty in providing you strength. You must learn to have desire. Whether its to live or whatever I don't care." The robed being's eyes began to pierce Edwin's gaze quite fiercely. "You just. Truly. Must. Learn. To. Never. Trust. That. Sith. For the sake of being part of your own history"

Character Bio
Edwin awoke upon a hard bed. The robed being's words stilled thundered through his head. He stared around his perimeters. The room was empty say for the exclusion of a single toilet and the hard bed which we had laying him. He then spot a window, unconsciously going to it to make sure he's truly there. None of his equipment was with him. Instead, he had been fitted into clothing foreign to him. It was only then as well, when he just realized the reason as to why he couldn't feel his fingers. His hands were sealed by a sort of technology that was suppressing to touch to the force. No doubt about it, he was in prison. He couldn't help but go back to the lingering images of the figure in his head, his words, and the two statues. What were their importance?

He head swiveled as his heard a thud at his door. Groaning as his muscles cracked from being without much use. A guard appeared, staring at him with disgust.

"You must be really proud of being part of the Sith Empire? Sadly our little alliance meant we have to be more lenient with your kind; in other words, your free to go."

Edwin stared at him in confusion. Hm? Alliance? Just how long has been unconscious for? "What?"

The man shrugged. "Beats me, personally, I'd keep your life sentence, but I'm just an officer."

Edwin stepped out into the blazing sun as he peered all over Coruscant. Men were escorting him, bringing his possessions back to his ship along with him, still in handcuffs. He peered ahead from the crowd as they continued towards the spaceport. Men in diplomatic uniform stood, looking around uncomfortably. One spotted Edwin, their face quickly being replaced by that of joy.

"My lord!" They said, causing the others to follow suit. "The Empire was deeply worried you see."

Edwin eyed him suspiciously. "W-what, we mean to say is, let's get back to our ship! The empire will be sure to prepare reparations for your any other lost possessions."

"What of a Maalraas?" Edwin questioned, regaining his footing. The officers stared at him in confusing, chuckling to break the short silence.

"Maalraas? Well what an absurd thing to say, my lord! W-why don't we get you back home, hm?" The men seemed to be trying their best to not get themselves killed. Edwin didn't want anymore run ins with authorities and agent ever again.

"Fine, take me to the capital," The men agreed in unison, escorting Edwin to their ship before going off. As they got further in space, one of the men called Edwin over.

"My lord, there's a holocall for you," It was prerecorded.

"We are in need of valuable men for a special operation. You'll all be awarded for your efforts. Call it a little raid. Meet me for further instructions if interested."

It was short, and Edwin could only muster an irritated sigh. He knew it was too good to be true to simply be let out of jail for anything. Seemed he's going to be like he was for the One Sith. Fodder.

Best to find out what's been going on in his absense, he supposed.

//End
You must log in or register to reply here.

From Within I Rise [Enoch]

Private From the Deep, a Calling

The Rise from Cathar: Roshim's Story

Rise From The Shadows