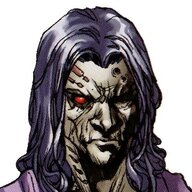 Intent: To create a butler droid to work for Rahvin Industries
Development Thread: N/A
Manufacturer: Rahvin Industries(hardware), Valicore Engineering(Software)
Model: Based on concept of JV-Z1/D Droid
Affiliation: Rahvin Industries
Modularity: None
Production: Mass Produced
Material: Durasteel
Classification: Fourth
Weight: 100kg
Height: 1.6m
Movement: Bipedal
Armaments: N/A
Misc. Equipment: Hidden Cameras, Memory Flush Unit. Everything else is standard.
Description: The RI-PA Droid, or Rahvin Industries Personal Assistance Droid, is a Droid programmed to assist it's high-value customers in whatever their desires may be. It is capable of piloting ships, mixing drinks, reasonable manual labor, supervising children, managing a ship's music, as well a variety of other non-specialized and non-combat functions. It is usually bundled with a Cutter-Class Luxury Shuttle, as well as other Rahvin Industries luxury ships. It's databanks are filled with information on the psychology and sociology of several common customer species in order to best serve as a polite butler droid. Unbeknownst to many of it's customers however, Rahvin Industries is a Sith-Lead organization, and nothing comes without a price. The droid was thus installed with it's own Memory Flush Unit as well as some concealed holocams, allowing it to record and transmit suspicious activity based on species's psychology and sociology, serving as a resource for information that can be used later by the member of Rahvin Industries to blackmail it's luxury customers. If the RI-PA droid determines that it's memory banks are being accessed or tampered with by someone not authorized by Rahvin Industries it will perform a memory wipe, afterwards it will give it's masters a message that it has a critical error and to contact Rahvin Industries for a free complimentary replacement droid.

Character Bio
Pretty standard droid. Plus the design is creepy as balls.