Retribution of the Shackled 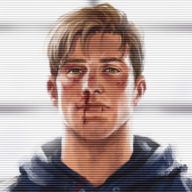 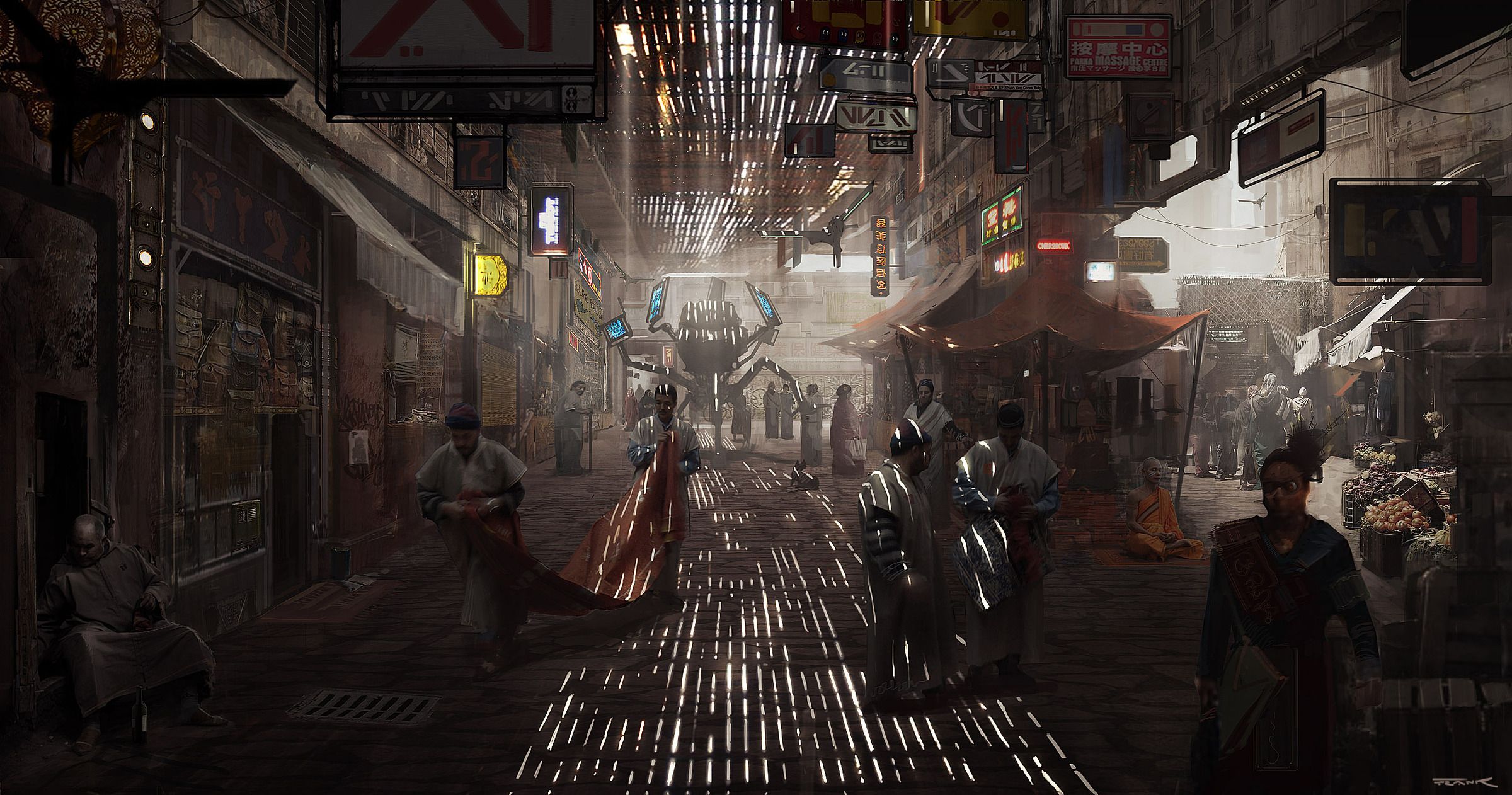 ​
​
Slave Market​
Nal Hutta​
​
"This one will fetch a good price. She is perfect for houses. She also is quite lovely...Could have....many uses."

The Trandoshan stroked her lekku, causing the young girl to shiver. Thal's eyes danced over the Trandoshan. Wirey-framed, muscular. Thick, leathery skin and a mouth full of sharp, jagged teeth. Thal could not help but feel enraged. He had to play it cool, wait for his time.

"Sold my other girls today...they went with a Rodian. Sad to see them go, they were good stock."

Stock. Not lives. Like trading cargo. Not lives. Not people. How many families had this man ruined in the name of a simple credit chit? How many lives had he ended? Thal saw no forgiveness in his heart. He was only concentrated on the kill.

The Trandoshan hissed in response. Prices were apparently non-negotiable. He just had to make him react, make him not touch the blaster hidden beneath the counter. Both hands laid on the counter in anger, in protest. He didn't even have time to formulate response before Thal grabbed him by his collar and stuck the blade in his neck. A simple knife, good enough for throwing, and certainly sufficient enough for stabbing. He dragged it across the Trandoshan's neck.

<"You will not be alone. Hell will be full of you all soon enough.">

He twisted the knife, causing a final, gasp-like motion as he hit all the right nerves in all the right way. He had done it quickly enough that only those in the market in his immediate vicinity saw. He let the Trandoshan drop and vaulted over the counter. He undid the bindings that held the girl in bondage and made a 'go-away' motion with his hands. He walked behind the stall, and began to search for a manifest of some kind. He had to get slaves from somewhere. Bills of sale, records- even a name. Anything that would lead Thal to his ultimate goal of finding out where he came from- and snuffing the life out of who stole his life from him. He turned and ripped the knife from the neck of the dead slaver, with a slight twinge of a smile.

He loved that feeling of victory over a foe. 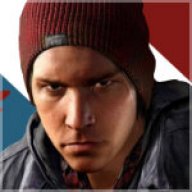 Character Bio
With a single command in his holopad, the prototype of the Second Skin created a shield in the entry of the establishment, and Solon stood inside. He had his vibrobade out preparing to engage if the killer dare to attack "Alright so you just killed someone and after that you are looking at his stuff" the droids that were creating the shields had a repulsorlift, and their energy durability were high (A weakness was if they were attacked from behind)

That was his point of view, as he only travelled to Nal Hutta to speak bussiness with the Hutts. It was to expand his company, but in his way he heard something. The reason why he had entered, is because a slaver wouldnt be attacked by any mafia thug, less get someone killed. So he knew that this guy was an enemy, and if he managed to take him alive, Solon would gain trust with the local Hutt "This is the situation. You could drop any weapon you have and come with me, or we fight and bet the outcome" said, pressing the hilt with strength. He didnt knew what kind of advantage he had, but at least he was confident.

Character Bio
The Slaver had a friend.

The Deathless turned and began to clap, holding the dagger in his hand. He scanned the man demanding things of him. He did not speak Basic, so there was no true way of knowing what the man was saying. He only came armed with a vibroblade and his droid blockade. He should've come with an army to stop Thal. Thal was not a smart man to get into a close-quarters situation with. This man

Thal began to size the man up and found him wanting. Thal must've had at least- at the very least, twenty kilograms on the man, and he stood almost three inches taller. Thal simply laughed at the man, before he faked a jab with his dagger, which would've impacted the smaller man's throat- but instead, an armored foot lashed out towards the chest of the cretin who had dared crossed Thal.

Thal said nothing in return, but his intent was clear to the man.

Character Bio
The assassin had the upper hand. Not because Solon knew that he was a better fighter, but because he didnt knew. At least he was good at swinging a sword, but the guy came closer in a single moment, trying to stab him. Two of four of his droids came to his aid and strap themself in both Solon´s risen forearm, creating a small deflector shield.

He noticed the slave girl in the room for a moment, scared and unable to move. He pressed the hilt of his vibroblade and did an horizontal cut walking foward the killer. With the droids, the shields could defend his lower and upper, but that guy speed was incredibly high. At least to send orders to his droids "Maybe i was wrong to defend a slaver. He had it coming"

He had faced a similar problem in the arena, and had defeated it many times. Thal saw the man's telegraphed movement, bringing his blade upwards, smacking it away from him in an elegantly savage parry.

The droids creating shields would present a problem. Shields could do so much- deflect a lot. But the shields could not speak kinetic energy itself. Thal retrieved a metal collar from the slaver's stall, a heavy durasteel one that fitted around the necks of slaves, outfitted with magnets and the like to make sure they could not remove it- and began to simply bash the man's shields. With Thal's pure physical might, he did not hope to get around the shields- but to either break the shields, or force him back into an even more precarious position.

He had chosen his attack poorly- at range, Thal would have been easy prey. Now, this man was in Thal's court.

Character Bio
He started to being pushed back, hit by hit, the strike didnt seemed to stop. The battery was going to start malfunctioning in moments so he went for another tactic. The other two droids position each other one on the right and another to the left of the attacker. In a second, they went crashing towards the legs of the assassin. The shields in his hands turned off, but Solon was already responding.

His body avoid the hit to the right and was still doing horizontal slash, but finishing each one with a low kick towards the attacker knees. His objective was slowing the opponent, to get at least an advantage.

Character Bio
He barely managed to move out of the blade, but it still caught him at the shoulder, and a spurt of blood marked that the blade found a place on the man's skin. He fell backwards, only slightly- due to the man's kicking motion, forcing Thal several feet backwards, in pain- but not hurt. He hadn't done enough momentum to do more than cause him pain and stop his progress, if only for a moment.

He was slowed down, but none the worse for wear, truly. Thal got angry. Very angry. The market started to stir, with the innate, raging power of the force coursing through Thal's untrained, untamed body. Anger and rage swelled within him- all aimed at the poor bastard in front of him.

With that being said, Thal did the one thing he could do. He didn't need to outsmart or outperform his opponent, not here. So, with the twenty some odd kilograms he had on the man- and the few inches of height added onto it- Thal's decision to charge straight at his attacker, aiming to either shove him over the stall, or tackle him to the ground. Given the closed space, Thal was either going to force him into the open market, or shove him over the stall.

Character Bio
The shop started to tremble "A force user, now im at disadvantage..." the thought passed quick, as the guy run forward with rage in his eyes. Solon didn´t had time to avoid him or attack with his sword, so his body was thrown outside the store and into the street by destroying the glass. The air escaped from his lungs, as the feeling could be compared as been shoved by a truck. Solon was laying in his back few feets away from the establishment, not being able to reach his holopad on his other arm, as the pain in his back was unbearable

"When i get up...you will get some" although he was able to make that threat happen, as his vibroblade was laying in the store floor

Character Bio
He did not understand the words that came out of the man's mouth, but he knew their sentiment.

Thal simply walked over the broken railing, glass, and kicked away the man's vibroblade. It went tattering across the ground. The market had nearly emptied. He crouched near the broken, bleeding man.

And he laughed. He walked away for the time being. He would bleed out on his own. He had plenty of time to suffer. That's what they all would get. Nothing but suffering. Thal would not grant them a quick death. He would let them all suffer.

As this man would.

[member="Solonariwan Tofusin"]
You must log in or register to reply here.

The Funeral of Alicia Drey [Public]

Festival of the Skyborn. (Public Event on Kesh)
2

Public Above the Clouds of Bespin [Public]
6 7 8