Juthan waited on the bridge of the Consortium's sole interdictor, waiting for their next prey to be revealed and to take what is rightfully his. His eyes scanned over the empty expanse of space while his ships remained prepped and ready. What he was most excited about though was the chance to use his new toys, the Shard-class boarding pods. They would make short, calculated work of any large vessel, and subsequently take command of it. 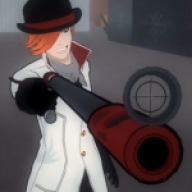 Space, the never ending journey that is the deep black sea of wonders. What could one do to deserve such a great prize, the time was right and so traveled the ship called Dana. The ship was sailing along the sea, looking around for any sort of ship that could get in the way. They had just plundered a ship recently and had decided to head back to cash in the ships. So the leader of the ship was waiting on the deck of his ship with a cane in hand, as he waited for them to get home. The scanners were picking up something in the area, but what it was too soon to call with this piece of junk. It needed work and what was really needed right now...was a MORTAR!

Character Bio
Juthan laughed as his prey was pulled out of hyperspace and dropped right into view of the Interdictor. After firing a few warning shots he hailed the vessel. "Greetings my unfortunate friends, but you seem to be in possession of my ship... well its mine now anyways. Surrender now, and you might be able to join me, or try to be fight back, i dont care." He left the hail open as he waited for a response from the other.

When the shots had came raining down towards the ship, Romeo only spotted the vessal that hailed them. What to do? The message was loud and clear, but what really mattered was the truth of the matter. Instead of even giving a response, he signal his crew to start the raming speed.

" Sure, I could care less than Mr. Cocky. We will be coming in closer to hand the ship over to you, so take care my friend. "

He shut off the link, looking around the crew with a sadistic smirk. As they would be ramming the ship at full speed, along with what worked best for a ship of this size. They made the extra mile to improve the shielding and armor to the front of the Dana for this style of naval combat.

" Increase the shields to the front of the vessal, when we make impact set them back to normal. Also keep the jammer just in case they get trigger happy."

Character Bio
Juthan sighed as they started forward towards his ship. "Oh my, ive never seen this before. Send the Gunships." Several gunships dropped out of the Interdictor's hanger, heading straight for the ship trying to ram their command ship. Once in range they let loose a number of Conner Net capsules that hit @[member="Romeo "]ship and did their job, passing through the shields due to the weapons being of physical make and then going to work as the actual nets hooked onto the ship knocked out the ship's functions one by one until only the Life support was left. With that the Interdictor took hold of Romeo's ship in a tractor beam and brought it in slowly so that it could be boarded without incident. Juthan himself turned, his robes flowing as he walked to prepare for the boarding of the other's ship. This man was going to be a headache if he tried to resist a full ship of droids.

(( Sorry about the slight powergame, wasnt sure how large your ship is so i am hoping that i guessed the size right and that the Conner Nets do what their suppose to, otherwise if it had been bigger i would have fired on you with the gunship's regular weapons and the Interdictor's own turbolasers. Plus this way, we can spare more loses for the both of us and your crew might get to survive and be placed under you as your own troops. ))

The crew only nodded to the captain as they started to work on counter measures. Of course the tractor beam would drag the ship towards the enemy ship, into the hanger bay as it took abit. Soon enough the ship would land in the hanger, and it would only be a matter of time before they would coming knocking. So instead of waiting, Romeo had let his door open up as he stood there with some of his crew. Lets just say that they weren't the best looking bunch and just waited along with there boss.

Character Bio
Juthan stood flanked by nearly three dozen, heavily armed and masterfully programmed battle droids, his eyes watching the ship's ramp as its captain came out. "Hmm, i do believe you were trying to ram us a moment ago, why should i not just blow you to bits here and now?" He waited for the others response, his arms were crossed behind him and under his robes, both resting on the hilt of his saber. He only needed to hear the mans words to know if this man was worth killing or not, but that is not what he wanted to hear. He could feel the mans intentions, and he had an idea of what this man's response would be. @Romeo

The smirk on his face never left as he faced the battle droids. He only slowly walked off the ramp, while his crew had formed a line at the ramps. Waiting for something, but who knew what could go wrong. It was only a few words that came to his mind, what was important was to live to fight another battle.

" Now, Now my friend. We could speak about the past but I would like to speak about the present. See here, my crew inside has rigged my ship to blow up if you try that. Why must we both died but trust me. One hundred warheads in a ship of my size, would really blow off this hanger, and maybe half of the ship. So instead of that, lets talk business. Money is always an option, as we are a group of well trained dealers. Maybe you could use such a force for future battles...but that's your choice. "

The man spoke like the devil, no fear at all while faced with the enemy. Even getting himself killed was on the table, what the crew about him. He was seriously a Psychopath for most things, but a gentlemen as well.

Character Bio
@[member="Romeo "](Sorry i had forgotten about this, was thinking of a good way to respond when i did.)

"Now now, no need to do that, after all, i have a feeling that you and your men could be of use. Now, there is just one simple question i have for you, i assume you are pirates and have no loyalties to the factions of the day. So how would you like to make some quick money, cause a bit of terror throughout the galaxy, and possibly rule over the trade routes that intertwine between worlds and make a few million if not more." He smiled at the man, there was no need to avoid the point of even letting this mans ship onto his. He would get this man to join one way or another.
You must log in or register to reply here.
Share:
Share
Menu
Log in
Register
Install the app
Top