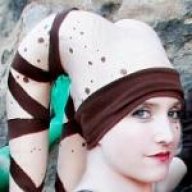 ADVANCED SYSTEMS:
Strengths:
Weaknesses:
Description: When the Procurator-X-class was used in battle, starting with Kaeshana and then further on to the Ison Corridor, and finally in the Metharian Nebula, the Excubitor was found to have several weaknesses: the old Procurator-X's limited long-range firepower made it a liability when fighting enemies that were heavy on the artillery ships, especially since it was accepted since the very beginning that a heavy battlecruiser was going to be slow no matter what one did with it. Also, additional space was devoted to hangar space, bringing the hangar count from 7 squadrons to 10 squadrons, made possible thanks to increased automation and reduced crew requirements. It was also outfitted with a suite of electronic warfare equipment, allowing it to perform electronic jamming and counter enemy jamming as appropriate. Furthermore, composite armor made up of multiple layers of quadranium allows it to better withstand enemy fire of several varieties, with the topmost layer made up of explosive-reactive armor, deforming physical threats upon contact by means of explosions directed at the physical threat in question, be it a missile, a projectile or an asteroid. The shields have been modified, now including molecular shields as well as redundant particle shields, for a total of three shields. However, such a redundant shielding arrangement is not without its shortcomings: after around 20 minutes of sustained combat, and maybe even less if it came under heavy fire, holes in the shielding can appear, even if the shields didn't fail before that point, and an opportunistic enemy can then attempt attacks directed at those spots.

Of course, there are several weaknesses that are still present on this ship that haven't been addressed, such as the exposed, massive dorsal superstructure. But the exposed command tower is not as problematic as the exposed hangar bay, where a stray shot fired at the hangar bay that manages to hit the ordnance magazines or fuel reserves would likely cause problems to the whole ship and potentially cause a chain reaction that can ultimately kill the ship in question. There is also another mechanism allowing for such a catastrophic means of achieving the same result: penetrating the reactor dome underneath it.

This is a nonstandard amount for a ship this size. The closest it gets to though is "Average", which makes this ship overpowered by a single rating.

As always, you're welcome to balance this out through changing a rating, production, or adding significant weaknesses.

Character Bio
[member="Gir Quee"]: Removed the hypermatter tanks; however, introducing shield holes that could appear after around 20 minutes of sustained combat (even if the shields didn't fail by that point) would probably be a more significant weakness than just explaining why exposed ventral hangars or an exposed reactor dome is a weakness and what could happen if someone was to exploit it.

Cathul Thuku said:
Shields become unstable after around 20 minutes of sustained fire (or less if it comes under heavy fire): holes in the shields can appear, allowing attack craft an opportunity to blow holes into the vessel, especially as shield generators fail
Click to expand...

More detail is going to be needed for this to count towards balancing, such as the length of time that these shield holes are open for, the relative size of the holes, and how common the holes are across the ship.

Additionally, please remove "can" from the above sentence. This has to be something that absolutely does occur in order for this to count for balance purposes.

Similarly, please remove "of sustained fire (or less if it comes under heavy fire)". In many instances, the ship's shields should likely be failing and having holes open up if it comes under enemy fire reg. This should be true for most ships, not just this ship in particular, which means that this isn't a unusual weakness. For this to count towards being a weakness, this is something that should occur randomly, regardless if the ship has been attacked or not.