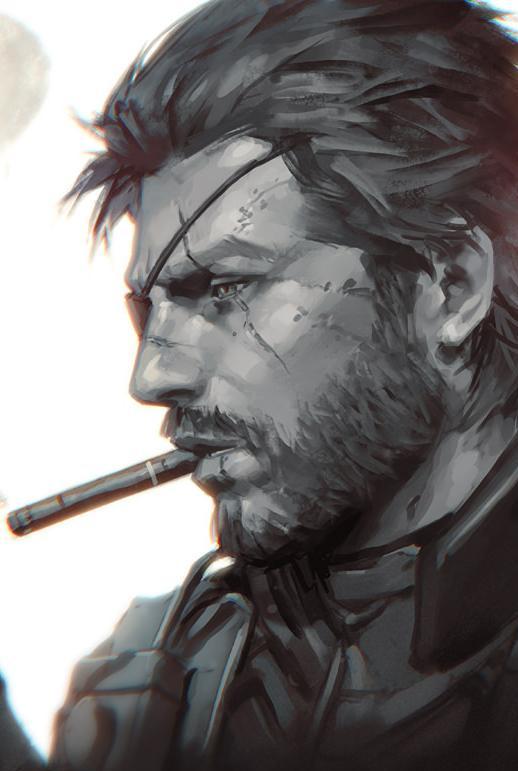 ​
"They call him Ramanar- one of the Cuir Rekr- Death."​
​
​
--------​
​
P H Y S I C A L A P P E A R A N C E​
​
Preliat stands at a height of 6'6, a monstrous beast of a man. He is well-sculpted and well built, forged from years of wearing Beskar armor. His muscles are like steel chord, his body tempered like steel. He has a massive, jagged, deep scar on his face from a recent bout with Ordo. His eyes are near constantly narrowed, deep mahogany browns that show years upon years of pain beneath the surface. His Epicanthix heritage is obvious, just by the looks of him.

Preliat has two distinct, disfiguring features. The first being the most prominent, is the scar on his face from a duel with Jasper Ordo. The Beskad skimmed along his face, causing permanent nerve and tissue damage- resulting in the lower half of Preliat's right face only being able to partially move. He has lost most of the feeling in that side of his face as well.

The second- being his leg. Born out of an alchemical forge, a mixture of Sith magic and Mandalorian metal, Preliat's leg is a testament to his deceased wife's ingenuinity and technical know-how. Not only is it made of one of the strongest materials to ever grace the galaxy, but- it can produce the same velocity and power of a small speeder crashing into someone, if he determines that he needs to kick someone that hard.

Preliat also has a Shriek-Hawk tattoo on his back, and it touches up to his right shoulder blade.

Due to an injury sustained by his brother, Preliat donated one of his eyes so that his brother could see.

Well spoken and introverted to outsiders, Preliat's mannerisms are developed by years of study and of philosophical musings while in combat. His suffering has plagued him with a deep sense of introspection and judgement, and he stands apathetic to most of the galaxy's affairs, and to most of the affairs of people that are not his own.

​
B I O G R A P H Y​
​
Preliat was born on Ordo- and left. He joined the Mandalorian Army as a young man, and fought in the Dark Harvest. Several years later, he participated in the crusades, and ultimately ended up fighting in the Mandalorian Civil War after a brief stint spent with the First Order. Preliat is weighed down by guilt and traumatic experiences from his life of constant war, and the nightmare of the Dark Harvest.

​
W A L K I N G I N S H A D O W​
Those touched by the force- can sense Preliat for miles. He is a festering wound in the force, a bleeding tear in it. He has suffered enough to break most men, and endured enough- although he cannot let it go. He is plagued partly due to his Sith-alchemy infused leg, which both makes him physically powerful as it feeds on his rage and anguish- yet it keeps those emotions within him, perpetually cycling them through his body. It has been long enough that his very soul is tainted, and can be felt- and fed off of, if the person decides to do so.

A rather wonderful specimen, tell me dearie would you be interested in becoming the first ultimate warrior?

Character Bio
Who in the what now?

@[member="Preliat Mantis"] You got the info
You must log in or register to reply here.