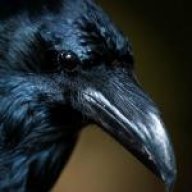 STRENGTHS AND WEAKNESSES (Required: 2 Weaknesses Minimum) :
+Can fly
+Can walk
+Can even run
+Can lick his elbow
+Can hold onto a blaster and use it to an average effect
+Did I mention he can fly?
+Can mimic voices to near perfection
+/- Young and full of wanderlust
+/- Young and rash
+/- Questionable swimming skills
+/- Tries to dance, but really can't
+/- Poor... but very opportunistic!
+/- Can use his voice for entertainment value, to a questionable effect
+/- Can sort of use a sword
- Not a force user, yeah, it's a weakness.
- No money, maybe some pocket change
- No ship
- No sword
- Zippers do not like feathers
- Can drop feathers at times to give himself away
- Young and rash. Thinks he is invincible
- Inexperienced in living on his own


SHIP:
The Death Star: A three inch replica of the Death Star.
*Authors Note: Not capable of flight or being used as a weapon, unless throwing a ball of metal counts.

BIOGRAPHY:
Ponc Gavrisom Retkos was named after the famous Calibop diplomat who signed the treaty that ended the Galactic Civil War. He was born to a Rishii father and a Calibop mother on Rishi. His build is entirely Rishii with his mother's Calibop side giving him an appearance unlike the usual owl-like Rishii. He grew up there and learned quite a bit about the Rishii before he was old enough to go to the school systems provided by the non-native Rishi. He still learned on the side with his father about the Rishi, but was provided a rounded education by the schools he went through. He graduated at eighteen and went into an apprenticeship as a liaison between tourists and the Rishi. That occupation didn't last long before he went back home for a couple of years working where he could.

Wanderlust started to come over the young male as he was itching to, metaphorically, fly and get on with his life. There wasn't a lot to do on Rishi and he had gotten his attention snagged up by traders and other travelers who had told of sights across the galaxy. So he spoke to his parents about it and they weren't particularly supportive of it. Ponc didn't provide a lot of room for debate and instead ensured that he said his proper goodbyes and told them that he would make sure to keep in contact as often as he could. His family didn't have a lot of money so he dug into his own pockets to get himself as cheap of a ticket out of here to go and see the galaxy in the back of a freighter.

BOUNTIES COLLECTED:
The Lawn. Ten credits or so.