Character Bio
The temple on Rakatan Beta.. It was such a strange place she had to admit and not something she had expected. An empire on the edge of space, where she was put in place by the commander to keep control of them all. Sargon and Jared had planned for Dranok to be in charge for him to lead them forward which is what made it very funny when he failed. Not dying but failed to preform at his wedding. Oh it had been a fun one at that with her enjoyment despite being not made his best man... No he had given that to Morna....

He hadn't even welcomed her to stand up there with him. That had been Lucien... Which brought a sadness to her. His daughter hadn't even appeared to see her daddy off on his day of bliss. Oh and what a day it had been as she breathed in deeply the scent of the woman next to her. All scales and claws with jagged teeth that felt like tiny needles and pricked the skin. Her eyes roamed over the intertwined bodies and found the bite marks on her skin from the two of them as Shinju moved and got out of the bed. The Wrathful ones body remaining asleep for the time.

Shinju rose from the bed and stretched letting her joints pop for a few moments before walking off towards the fresher and letting the water run hot. The burning from it made it scold her body while the dried blood from the previous nights entertainment washed off down the drain and her hair clung to her back. Shinju gave a few moments of enjoyment before she exited the fresher coming to stand in front of the mirror. She breathed in deeply focusing the force into her while the torch lights around her slowly dimmed.

The soft light meant little but the torches were what she practiced on daily, their heat, their fire, their energy it was all hers to consume and eat to fuel her own energy as she laughed giggling at the feeling in her body. The heat fed into her before it snuffed out the torches making her eyes burn. The area behind them itching and tingling, her body had goosebumps while the small draft cooled the skin. Then her giggle became a laugh that reverberated into the walls trickling with madness. He hands trembled as the sensation behind her eyes dissipated and a shudder came from her body.

It wasn't enough though she would have to practice with the other techniques and work on it being faster, stronger more inclined to her liking. Shinju walked down the length of the hall not bothering with clothing or a towel for the moment as this was her palace, the Rakata had built it and fixed it up to her liking. Adding the throne room with racks on the walls of people who they captured. It was here that she had her own meditation chamber of sorts. Looking all around she could see that none of the slaves were in side and that was how she liked it. The throne room was meant for her alone and her wife.

Blackened marble imported from the core for her liking and set up, the stone made so the throne gleamed in the torch light surrounding the throne room, the reflections of the people when they looked up on the risen dais her eyes flicked around while looking for some of the people on the racks while she found her. One of the women they had captured on a raid, one who had tried to fight back with a blade but she cut herself and had ruined her chances of escape. Oh it had been fun to see and Shinju walked over to her speaking with a cruel smile on her face.

"Such a poor poor girl you, all alone and hurt, with your new master. I'll have to show you how kind I can be but you'll have to do something for me sweetie." The woman looked up at her as Shinju smiled pulling a whip off the wall and checking the small hooks on it. "Your going to have to bleed." Shinju brought her arm back and forward as it dug into the woman, her screamed echoed into the room while the pain fed into Shinju. She could feel it trickling into her body. It wasn't enough and it wasn't filling as much as she wanted. Surely she could have more and better from her.

"No no this isn't enough, I want more, I want it all. Feed me it all." Shinju struck her again and dug the hooks in more as she tore it away bringing some strips of flesh off while she tossed it to the side and walked forward grabbing the woman's shoulder. With a finger she dug until her own hooked under enough to tear at it and draw out a true scream of pain and then the tinge of anger as Shinju spoke again. "Now tell me where your sisters are and I will make it quick. It isn't everyday I get to chase down and go after sisters in a convent.

And talk she had spilling the locations of her sisters little convent. They worked to help the children orphaned by the sith. The families displaced by the war and now as the location of Telos as a chapel for them came she laughed. A wonderful place to go and a wonderful time to have it. The tailors of her palace had finished with the outfit so she could blend in... kind of but not really. No she was going there just long enough to slaughter and eat the entire group if she could there was less reason to stay and try to blend in. With a look at her servants shinju started to dress in the outfit while heading to her ship. 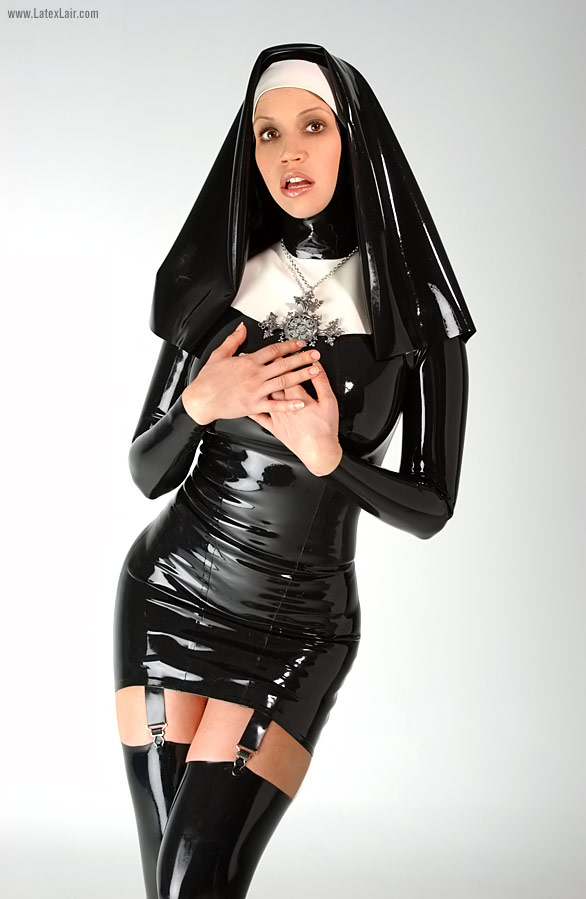 ​
​
​
The supplies she had brought with her were all going to be used, her knives, whips, cuffs and of the true fun of it. There were defenses and she could be able to eat the energy from it. The slaves on the ship while the Dark Desire went to hyperspace was more then enough and slowly Shinju inflicted the pain to him letting his screams and roars fuel her powers. The more he screamed the more she laughed letting red tendrils of drain come out. Her body was open to feeding upon each delicious emotion including the lust one of the slaves felt. Her favorite as a sadist was always a good thing.

Her hands went to the music for the ship and something religious was needed as she stood there in her nunnery finery. The tenor singing wasn't bad but there was so much more going on as the sister who was still alive and barely able to move aside from turning her head listened. She shed so many tears while the idea of religious songs being used to kill and rape, to do the bidding of other masters instead of their own god. It was something that Shinju had as a sense of amusement until the crescendo and she grabbed the slave drinking in everything until slowly their skin dessicated in her hands.
[float=''left"]