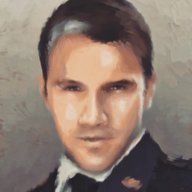 PRODUCTION INFORMATION
TECHNICAL SPECIFICATIONS
STANDARD FEATURES
This ship has 7 heavy turbolaser batteries, 8 turbolaser batteries, 2 tractor beam projectors, a compliment of 48 fighters
ADVANCED SYSTEMS
This ship class has stealth measures that, while not cloaking the ship, make it virtually invisible on radar and early detection measures. The ship also has a small training area on board where stormtrooper units can do small squad exercises. The ship contains a major docking port on the starboard side where vessels can attach and dock if they are too big for the hangers.

Strengths:
The ship dishes out lots of damage while at the same time being able to take a beating as well.
The Pellaeon III is capable of overcharging shields for a short period of time, though this does drain power to other essential systems
The hull on the Pellaeon III is hardened in important areas such as the bridge, that makes it hard to puncture the armor in these areas.
Weaknesses:
The ship contains a very small defensive fighter force, the problem with this being that it isn't very capable at defending itself from large amounts of fighters
The ship, due to weight, size, and weapons, is slow, making it weak against smaller, quicker ships
The Pellaeon isn't great by itself against bombers.

Description:
After the Fel empire's restoration, the emperor requested the creation of a new line of Pellaeon destroyers to be commissioned. So starting small, the recently appointed Supreme Commander Harris studied the old Pellaeon and commissioned a new line that included the newer technology and upgraded features. The creation of this line really cements the faction as a true restoration of the once great empire.

Please add the manufacturer of this ship, as a mass-produced 1700m Military vessel you need either a Tier 4 company or a Major Faction.

Character Bio
[member="Supreme Commander Harris"]
This is being archived for inactivity. Please send either myself, Jamie Pyne, or Zef Halo a PM to have this removed from the archives when you feel ready to continue.

Character Bio
Moved to Factory Archives - If you want to remove from the archives, please feel free to tag [member="Jamie Pyne"], [member="Zef Halo"] or [member="Lily Kuhn"].