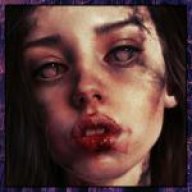 Irajah I need your help. Something has happened with one of my experiments, and someone has gotten hurt because of it. Her name is Imogen Daniels, she’s a student of mine that was helping me with the experiment in question. I’ve had her checked and examined; of which I’ll attach the files to this message, but I cannot care for her here. The Asylum doesn’t have the right capabilities and she needs an actual doctor to help her, not me. I know you’re keeping low at present, but I can have her sent asap to whatever location you deem suitable.

I can’t lose her.

Imogen had passed out as Jacob was dragging her from the building. When she woke up, her eyesight was gone, leaving her with the lasting memory of Jacob’s worried face above her, and angry flames consuming everything around her.

The fire had come from within, a reaction from the experimental drug injected within her, feeling as though it was burning her from the inside out. Once they had gotten back to the Asylum Jacob had set to work stabilizing her, but was quick to tell her that he was unable to fully treat her. She remembers the name of a woman, Irajah - someone Jacob trusted and had hoped could help her more than he could. A fact Imogen knew, was eating Jacob alive.

It was frightening traveling without her sight - and it was a shame she was going to Courscant with only having ever seen it through pictures. To distract her, the companion droid Jacob had reprogrammed to fly her ship for her, had dutifully dedicated himself to being her eyes for the time being and was describing the planet to her in detail. In part to distract from the cries of pain that slipped past her lips, and to attempt to make her feel better about the planet she was headed towards.

All too soon they were landing and Imogen could only hope something positive came from this.

I see from the files just why this has you worried. Of course I'll see her. I make no promises beyond that I will do my best and at the very least I am certain I can make her more comfortable. Send her to me on Coruscant- I would come to you but with the arrival of the twins, well, you understand. I will take care of her as if she were one of my own, I swear it.

Irajah Ven was waiting for Imogen on the tarmac. Jacob had sent her a message with when and where to expect the young woman, and the dark haired doctor shielded her eyes as the ship descended. Wind whipping around her small form, she stepped back, unnecessarily but out of sensible reflex, as the ship settled. Once the repulsor lifts kicked off, she approached.

She had need the files. Read between lines. She knew just how important this person was to Jacob, if not the why. The why didn't matter. Not really. That wasn't to say she wasn't curious, but for now, the state of her was by far the more pressing matter.

As the ramp descended, she waited at the base, head tilting slightly to one side as girl and droid disembarked.

"Imogen," she called out, her voice gentle.

"My name is Irajah Ven." She spoke clearly but did not shout. She wanted the other woman to know where she was, but she did not raise her voice as if there was more damaged that simply her eye sight.

"How was your trip?"

Normal conversation, casual. But Irajah studied her as she came out of the ship. The way she walked, her posture. And of course, her face.

[member="Imogen Daniels"] [member="Jacob Crawford"]
You must log in or register to reply here.