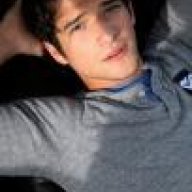 Once again Donovan inhabited the arena, it was almost rare to see him anywhere else these days. He still hasn't received a stable master, and yet again he was still just a padawan. He fueled his frustration through strenuous exercise and training in the arena, he struck the wooden post over and over going through various sequences. With him he was more versatile, using what he learned as a Jai and as a jedi to overcome his obstacles.

He chanted as he continued to combine his martial skill shifting through jedi to jai forms with a trained proficiency. He leaped executing a spiraling kick before landing crouched low. He needed more activity, so he walked over to the training monitor telling it to drop two melee droids out. With a loud whirring noise they arrived and Donovan readied himself by drawing his staff. His eyes grew intense as he studied the two droids movement, they sought to work together as they both attempted to flank him.

Donovan leaped into the air, twisting and flipping back away a couple meters. He took a second because he wanted to make sure he had enough power behind him as he sprang forever. He twisted his staff extended to the left side before bringing it up and slamming it down on one. Using his strength he sprang above the droid landing on his feet, the lone droid twisted delivering a kick to Donovan's side.

Donovan spiraled to the ground, the impact brought blood in his mouth and pain shot through his body as it spasm for a second. The droid overshadowed him threatening to bring down his blade across Donovan, who responded by slamming his hand on the ground in brief telekinetic tremor that allowed him enough time to get up. And as he rose he struck hard, slamming his staff down toward the droids lower body, then spinning it around to slam it down against if he were human neck was. He slammed the staff down lifting himself up with strength and momentum, balancing himself for a second did he execute a devastating spin kick that put the droid out of commission.

Character Bio
Michael loved visiting the Arena, watching his brethren train and overcome their obstacles. Most of the people fighting here were in balance with the Force. They could control themselves. But once or twice you could see a person who could not in fact, control the inner turmoil that resided naturally in every one.

Even now he could see a youngling who clearly had problems to control himself. In some way it was amusing to look at, he could still vaguely remember his emotional problems after the passing of his father.

If it was not for the Jedi Masters here, Michael would surely have succumbed to the darkness inside of him. Acknowledging he decided to check up with the young lad. He might be able to help him.

Standing up from his seat, he slowly walked over to where the boy was training.

"Greetings youngling. What is it that troubles you?"

Donovan could have felt that man's approach from quite far away. The Dathomir wilds would have to hard pressed to strengthen every sense including but not limited to the force. He allowed himself to calm down as it was unbecoming to have his emotions so turbulent in front of a superior.

"I have to get better. I have to be better than all these other learners here. I'm getting old and I've lost the only master I had. . . . I know it's my destiny to be a Jedi so I just have to get stronger."

Donovan thumbed the ringer on his middle finger thoughtfully as he spoke. The smell of the early morning welcomed the open training arena of course shielded only to keep the wildlife out. He strapped his staff back to it's sheath on his back that lain vertical along his back. He began to pace slightly as if thinking of something else that he didn't know whether to speak on or not.

"Everyone judges me because I'm different. Because I was born to clan who didn't even value me as truly free person."