Of truth and certainty [Xos'Nulo] 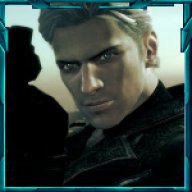 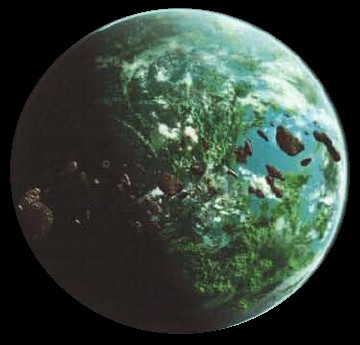 ​
​
Coordinates taken from that of a noble warrior, indicting the birthplace of an order that had seemingly been founded on one of the main principles that the Echani wanderer had sought since early in his life. The concept of balance in all things, including that of the Force itself. Sion traversed the hyperlanes in his dated Gladius-class fighter to an end of the Galaxy he'd not been to in many moons. Though his travels were varied, he had not the years needed to thoroughly scour the depths of this arrangement of systems that was so vast in size and rich in variety. Over five score years old, he was still in his prime of his life, thanks to that unrivaled power and abilities of the Force itself.

Exiting the hyperlanes, the planet of Roon came into full view as his craft slowed from it's hyperdrive capabilities into normal space flight. The floating orb of green and blue indicated a lush palette of life that he could already feel. Life itself was abundant on this planet, but as to it's shape and size, he was unaware. A quick search on his database systems gave some brief information about the planet, causing the Echani to ponder for a moment as his vessel approached.

Roon was a planet that was caught in dichotomy. One half of the planet forever bathed in the embrace of starlight, while the other remained permanently ensconced in the blackness of shadow. Each half the stark opposite of the other, and yet the curious positioning of the planet didn't hinder it's growth or livelihood. Despite a forever star-lit surface, the vegetation did not suffer or wilt, nor was that half scorched by the heat. Conversely, the darkened side of the world was not frozen or bearing arctic temperatures. Two halves of the whole in complete opposition and yet both were temperate and full of life. Balance. A single world to conjure up the meaning behind the planet - how apt for an order featuring that trait to call this their home. This fact did not escape the Echani, causing him to smile.

Soon the Echo touched down on a landing pad of the Sanctum, gracefully descending until the wash of exhaust steam bathed the platform. Sion disembarked from the vessel taking a brief moment to right his clothing and fix his sheathed blade to his left hip before clipping down the miniature curved ladder to place his booted feet on the platform. Raising his pale hand, a silent command lowered the cockpit to a sealed position. Not one to rush things, especially of such grand design - his curiosity placed the Echani near the platform's edge to inspect the lush greenery below, and observe the massive jungle that laden the planet. Sounds of wild-life just a feint whisper below. Inhaling a deep breath, and enjoying the peaceful harmony of life itself, Sion then righted himself and moved towards the entrance to visit a man he only knew by name.

Character Bio
From the moment that the sun, giver and sustainer of all life on the planet, began its journey into the heavens above, a being both wise and ancient had also rose from the darkness of slumber. The initial hours of morning were spent as they typically were: in a state of meditation. Within the Sanctum of Roon, there were breathtaking gardens set aside which overlooked the sea. It was here that members of the Templar Order, a sect dedicated to the pursuit of balance in all things, often came to meditate on the Force and thereby grow.

Xos'Nulo, the Archon of the Order, spent many hours here each and every day, contemplating the nature of the Force. It was his understanding of the enigmatic, living entity which had resulted in his desire to enlighten those blessed with the Force's presence within them and create a means for them to grow in this understanding. As the hours passed and the sun drew higher into the sky, the Archon halted his meditation early; for he had an appointment to keep. A transmission from one of the Order's Knights, one Josiah Denko, had informed the Anzat of one seeking a meeting with him.

An Echani by the name Val`Sion, whose view and understanding of the Force were very similar to those held by Xos'Nulo; and by extension, the Templar Order as a whole. It was due to this impending arrival of this individual that the Archon ascended from his seat upon the garden floor and made his way into the halls of the Roon Sanctum, arms held behind his back as was his habit. By the time Xos'Nulo had made it into the atrium of the Sanctum, he was notified of the arrival of the visitor by one of the many Aspirants moving about.

"Many thanks young one," he said in the gruff tone characterized by immense age, "run along now." His words were spoken with a smile, one of warmth that only grew as the child scampered away. It brought the Archon untold sums of joy to know that the message of balance would be heard by many, thanks to the benevolence and collaborative efforts of the Confederacy. He then turned and placed his hand upon the towering, wood door of the Sanctum and opened it with but a shove; introducing his eyes to a flood of light.

Blinking as he stepped forward, the Echani came into view and was promptly greeted by the Anzat with arms opened wide.

"Greetings traveler! You must be the Val`Sion that Josiah spoke so highly of. I am Xos'Nulo, Archon of the Templar Order...Welcome to our home: the Sanctum!"

Limited knowledge of who had had come to meet was afforded the Echani. What he knew however, was enough to warrant a curious nature, and a welcome breath of fresh air. Aside from his time with the Followers of Palawa, Sion hadn't come across one who had touched the mysteries of the Force and had wished to attain true balance. Others had boasted it, the Jedi even harkened to that creed, but he hadn't seen the fruit of their efforts bearing anything but a misinformed notion on what that of balance truly looked like. Sion knew though, that he had also not yet attained, but was still a seeker after truth and that furthermore, perfection was a moving target. This planet however seemed to be coping quite nicely with the precarious position causing both irony and harmony in the same note. It spurred hope for his calling, and his appointment.

At the rush of air from large doors pushed aside, the Echani turned on booted heels to face the approaching Anzati. He felt it moments before he heard the movement or felt the air. The unmistakable presence that radiated a connection with the Force radiated off of the much older man as he came to move in for a warm greeting. Age was clearly evident on the elder, judging from posture and movement. Respect was immediate however for someone that would be revered as one who had been alive far longer than himself. He certainly looked the part as described by Josiah in their time on Tatooine.

Steps were taken in short crisp strides that left a heel-toe staccato upon the platform as he neared Xos with a pleasant but amicable grin on his porcelain visage. His own form of greeting came next as one hand slid into a loose fist, and pressed to the palm of its open counterpart as he bent at the waist in a bow. Silver eyes however remained focused on the Anzati the entire time.

This is my weapon;
I cover it.

"Greetings my friend. I trust the Force is well with you today, and my thanks for the hospitality you've afforded me. This planet is...fitting." Sion said as he righted himself and addressed the Archon of the Templar Order.

Character Bio
As far as first impressions were concerned, the Echani was the definition of tact and manners. His words, his manner of speaking, and the respect extended to the Anzat was met with equivocal warmth. It delighted Xos'Nulo to no end that the Echani had taken notice of the poetic value that Roon had for an Order of their sort. The planet was one that personified the concept of balance quite uniquely, enough so that it was the perfect place, out of the whole of Confederate space, to found the Order's home.

"The Force is indeed well with me this day, for it has smiled upon us of the Templar Order and guided you to meet us here! You are also most welcome, and we are more than happy to host you for as long as you feel that the Force has called you to tarry." he began, stepping aside with his arm motioning towards the doors of the Sanctum as if beckoning him accompany him, "Roon is a world uniquely suited to house our Order." said the elderly Anzat then, lowering his arm and leading the way forward.

"It delights me to no end that you see the reason why it was selected for us to erect the Sanctum here; for it epitomizes Balance unlike any world available to us."

Once within the confines of the Sanctum, the direction the Archon led would be to the right; which was known to those of the Order as "the long was 'round". This afforded the Archon the opportunity to show his guest about the grounds properly, in addition to providing ample sums of time for the two of them to get better acquainted. "So, allow me to begin by posing a question Val'Sion. How do you envision Balance in the Force?"