Oberon Drexel - To be finished one day 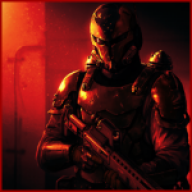 BIOGRAPHY:
Csilla is where most Chiss are born, mainly because it's where the majority of the galactic population resides in relative seclusion. Oberon was not one of these Chiss. Oberon was actually born on a small Chiss colony on Ilum long before the Galactic Republic took control of the planet. Unfortunately, pirates raided the colony before Oberon could even speak, let alone fight back. The pirates killed everyone except the children, which they adopted to bolster their ranks.

Oberon grew up among the stars and space pirates, giving him a very rough personality with a twisted sense of humor. He never really related to anyone except his fellow Chiss adoptees. Some of the older ones told him stories of Csilla, a planet inhabited solely by Chiss, with their own 'normal' society and military. Oberon longed to reach his own people, which he eventually did after his sixteenth birthday.

It was simple, really. Oberon just stole a hyperspace-capable fighter and zoomed off towards Csilla. After nearly being blasted away by the defense fleet, Oberon was granted landing permission on the planet. He was immediately detained and questioned but Oberon didn't mind. He was among his people, after sixteen years seperation. Eventually he was released into the public, issued with his own citizenship and keen on helping out his species.

Oberon signed up to join the Chiss Military and spent quite a few years in service. He thoroughly enjoyed it but he knew, deep down, he wouldn't be doing it forever. There just wasn't enough action on the outskirts of known space. Then, on his twenty-fifth birthday, Oberon encountered Mandalorians for the first time.

And that was that.