Character Bio
Name​
tba​
Background​
tba​
OOC Objectives​
Create additional content for Commenor ​
Defend/Support Commenor​
Defend/Support Allies of Commenor​
Minor Training of Force Users ​
IC Objectives​
tba​
IC Hierarchy​
As it is a Military Order with the Signifer Corps - the Force Users - being a supporting role; it is run more akin to a strict order down tree as expected of a military order. ​

​
The Field Marshal of the Inperantike's Detachment​

​
The Commander of the Naval Forces​

​
The Commander of the Units that protect Lady Kay, Jairdain and the Royal Family​
Specifically the 112th and 114th Line Centuries​

​
Knights or Signifers in Training​

The Signifer Corps​
The Signifer Corps are an internal formation within the Guard whose members are all force Sensitive - however - they are not trained in a singular aspect of the Force. Rather they are focused on the collection of knowledge of the Force - both the Ashla and Bogan - as well as knowledge of various other force sects and practices. They're meant to be more like the Imperial Knights of old - in that they seek a balance between the two sides of the Force and often their members know a mixture of Force Powers that are considered to be Dark Side Powers or Light Side Powers. Some may lean more towards the Dark Side and others more towards the Light Side - though they are unified in their capacity and focus on the defense of Commenor and its people. ​
Members of the Signifer Corps may serve in any unit within the <__________> that they desire - as their skills and capabilities are just as varied as the units themselves. As they are more akin in terms to the Imperial Knights than any other Force group, there is no individual with a role akin to the Jedi Grand Master or the Dark Lord of the Sith - this is due to the de facto leader of the Signifer Corps being the Inperantike themselves. Otherwise a Signifer's direct superior is any individual with a rank higher than their own. ​

Life is a queen, if not it would be to easy

Character Bio
The Order of the Seven Flames is not a Force Order, it is a Military Order with force users.

To my knowledge and [member="Caedyn Arenais"] can correct me if I am wrong - The Knights of the Commenori Order are still the Main Force Order for the CSA. 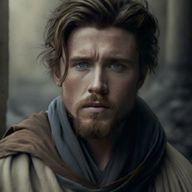 The Knights of Commenor/The Order of Commenor was set to be larger than it is today though it never gained a decent amount of traction and stands now as an NPC order that can offer more to people that wish to train with them. That said, the CSA doesn't really have a main Force Order these days.

The Order of the Seven Flames is a Sub-Faction of the CSA, but does not represent the interests of the CSA's politics where the Force or Military actions are concerned.

Life is a queen, if not it would be to easy

Character Bio
okay so it would make more sense for me to become part of the Knights of Commoner, gotcha

Character Bio
Updated to coincide with the rewrite of the Order of the Seven Flames and its reorganization into The Dimean Order.

Character Bio
As of 6/20/18 - The Dimean Order is going to be refocused as an NPC Organization within the CSA​
You must log in or register to reply here.

Planets of the Commenor Systems Alliance