Until the newest iteration of the Confederacy of Independent Systems ushered a new era onto the system.

A new identity belonging to an old premise vitalized by new direction of leadership. Quickly they received their viceroy, Derek Dib, and very soon the union of the man and the system affected them both. Hopeful purpose inspired the system and united the disparate planets into a coalition, to work together united under a single cause and principle.

Yet often their attempts at friendship, trade agreement, and humanitarian assistance would find issues with the umbrella influence of the Confederacy. Ideals and principles would shift until all Siskeeni felt the chafing under the benevolent Confederacy.

Finally, a choice was upon them. Were they they to follow the rules of law governed by the Confederacy or were they to rise upon their own feet and make their way forward of their own accord, guided by their principles, convictions, and morality into an uncertain future. "Great And Powerful Armies shall March..." 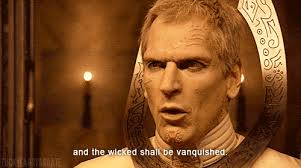