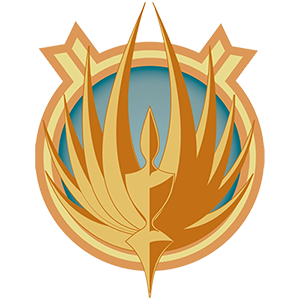 EDGE OF NOWHERE
Distance matters. Although its true name is the Marcol Void, most folks around here know it as 'the Big Empty', a vast expanse of nothingness that separates the Kathol Sector proper from a mostly lawless Outback. Make sure to stock up on supplies because it can take days or even weeks to cross the expanse. Traditional isolationists, with their great works at last nearing completion the Republic's citizens look upon our distant stars with a newfound sense of curiosity and wonder.

TERRORS FROM BEYOND
No one truly knows what caused the great and terrible Kathol Rift to form. Unimaginable nightmares lurk within its darkest depths. Only the stalwart Republic Marines stand between their people and primordial annihilation. Those few born out here with a Force affinity reject both Jedi and Sith philosophies, instead they are delivered into the Rift to learn from Those Who Dwell Beyond the Veil.

STRANGE NEW WORLDS
Terraforming the Episol Star Cluster is a project that has taken centuries to complete. Fourteen planets. Ten star systems. Perhaps one of the most ambitious colonization efforts in all of galactic history. From their capital moon of Dayark the Republic has reshaped entire worlds. Many citizens count themselves among the first generation to live outside artificial biospheres in nearly a thousand years. ​