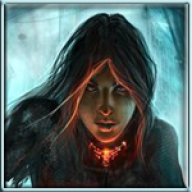 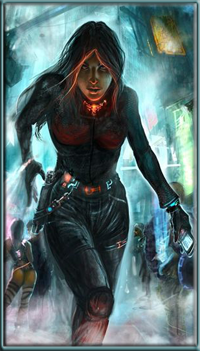 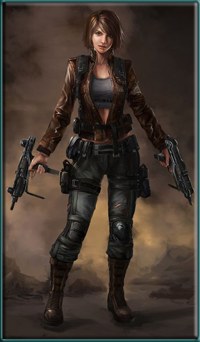 
PERSONALITY:
There’s a mask of a quiet, calm, and by-the-book attitude that’s been drilled into her on the job. If there’s work to be done, there isn’t a need to be anything but focused. There’s a mask of social ease and practiced elegance. A mask to offer comfort. A mask to intimidate. So many masks, all of them for work. For maintaining an image. For pleasing her mentor. So many lies.

Strip it away, and all that’s left is a scared girl who simply wants to stop lying.


​
STRENGTHS AND WEAKNESSES:
+Shadow: Natasha is good at moving silently and staying hidden.
+Liar: Fitting someone in her job, Natasha is an expert liar.
+Chrome: Natasha’s eyes and part of her brain are cybernetic
-Unassertive: Though she can act the part, Natasha is not the assertive type.
-Trauma: Fearful of authority figures and shying away from yelling, Natasha has some problems in her past.
-Allergy: Very few people are allergic to bacta. For those that are, such as Natasha, healing becomes much harder
-Weakling: Natasha’s strength is in skill, deception and cunning, not raw strength.


​
HISTORY:​
I don’t remember my parents. They were slaves, I know that much. No clue who their masters were. I can only hope they were kinder than mine. Though considering I was sold so young I can’t remember them, that seems unlikely. I was a servant girl to some Hutt. He smelled and his palace stunk of rotting flesh from the beast pits, and he forced the older slaves to dance for him. One of our handlers told us if we didn’t ‘grow into something pleasant’, we’d be sold off. It sickens me to think that sentence seemed normal to me then.

I was never much to look at compared to the others. Even the other humans looked nicer than I did, and it seemed most guests, if not the Hutt himself, liked the Twi’leks and Togorians more. Part of me wonders if that’s just something ingrained in the high and mighty of the criminal world. Never found the appeal of lekku myself, but I digress. I was sold to another Hutt, who turned around and put me up for auction.

I remember a few things about the auction. The metal binders on my wrists were cold. Those there to buy... They were rich. Some seemed dark and dreadful. Looking back, I think he was a Sith. There was a loud Jedi. And there was him. The short, quiet Bothan man in the back with money to burn. I can remember the price he paid. 75,000 credits. Seventy-five thousand. For one person! The Hutt selling me stopped to check if I was made of gold. An investment, the old bothan would call it. Of course, I made sure it paid off.

He freed me after we had left the auction house. Told me I could go anywhere. Do anything. But if I wanted work, he could use the help. I signed on immediately. Little did I know what I was signing on to. 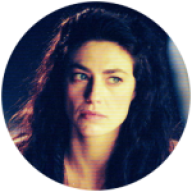 Character Bio
Wow. Seriously so cool. I need to read more of her.

Wish I had some ideas I could pitch but I don't, so I'll just leave this here.

[member="Natasha Darkstar"]
You must log in or register to reply here.