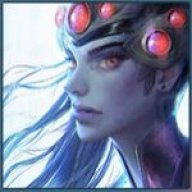 - Mute - she cannot communicate through verbal means.
- Is unable to properly use blasters. Horrible shot.


BIOGRAPHY:
The Ryujin family is one of the largest Yovshin clans in Atrisia. They are one of the major producers and exporters of rare and exotic teas throughout the galaxy. As one of the most prominent clans of Yovshin swordsmen, they are skilled in their craft, excelling in the Jar’kai swordplay that utilized dual blades. They are of a traditional patriarchal family and as per tradition, all are trained to be expert swordsmen and martial arts practitioners to include: Teras Kasi, K'tara, K'thri and Tae-Jitsu. However, there are distinct gender roles that are observed with strict guidelines, and Markus enforces this with an iron fist. They are also one of the ruling family clans to work alongside the Rekireki , the crime syndicate based on Atrisia

Miho is the daughter of Markus Ryujin. Deadly as she is beautiful, Miho is mute, loyally following her father's orders and as filial as anyone could be. She is one of the top Yovshin assasins for the Criminal Syndicate, deadly in the form of Jar'Kai.